Australia has delivered another load of humanitarian supplies to Vanuatu in response to Tropical Cyclone Harold. 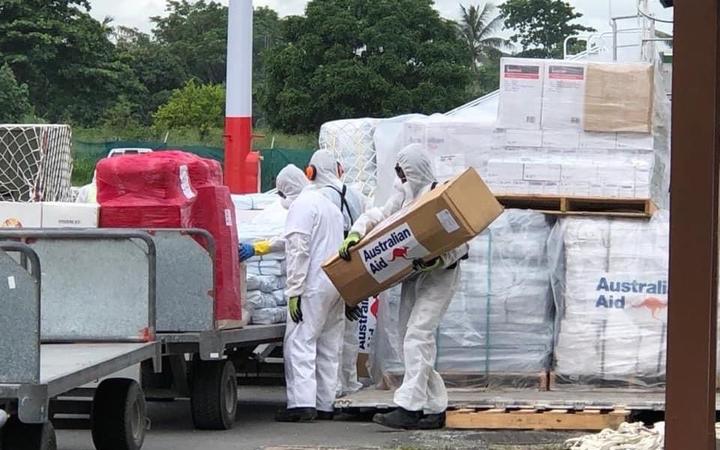 The Vanuatu Daily Post reported the delivery was the third received from Australia since the category five cyclone tore through Vanuatu's Sanma, Penama and Melampa provinces earlier this month.

On Sunday, an Australian C-17 Globemaster aircraft brought 95 tonnes of aid, including tents and medical supplies as well as household, hygiene and birthing kits.

Australia was reportedly coordinating its aid with other donor partners, including New Zealand, who made a second aid delivery a week earlier.

Meanwhile, cases of dysentery and dengue fever have been reported in Vanuatu in the wake of Cyclone Harold.

The Secretary General of Sanma Province, Albert Ruddley, said one case of dengue had been reported in Luganville and two in Tolomago.

Mr Ruddley said dysentery had been detected in some south Santo area councils to which an emergency team was responding.

There was also an outbreak of diarrhoea in an evacuation centre which housed several people with disabilities.