American Football fans in the Pacific are marking an historic occasion with the largest number of Polynesian players selected in NFL draft history over the weekend.

The largest Polynesian Draft Class in @NFL history. Polynesians represent 5.4% of the top 204 players selected in the 2020 @nfldraft despite being only 0.3% of the U.S. population (18x community size). #PolyPride #NFLdraft

Eleven players of polynesian descent were selected during the league's marquee period for signing rookie players.

The Polynesian Football Hall of Fame marked the moment with a social media post declaring that "Polynesians represent 5.4 percent of the top 204 players selected in the 2020 NFL draft despite being only 0.3 percent of the U.S. population ."

One of the stars of the draft was quarterback Tuanigamanuolepola (Tua) Tagovailoa who led Alabama to the 2017 college National Championship. 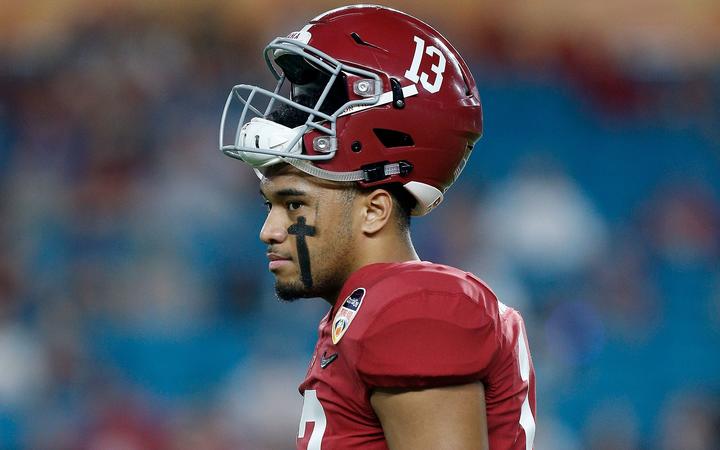 The Hawaiian-born Samoan was chosen fifth overall by the Miami Dolphins and figures in their plans for years to come.

Another player making history was defensive end Bradlee Anae, selected in the fifth round by the Dallas Cowboys.

The University of Utah star Anae, who has both Samoan and Cook Island heritage, will reportedly be the first player of Cook Island descent to step onto an NFL gridiron when the season kicks off.

His teammates, Samoan defensive back Julian Blackmon, and defensive tackle John Penisini, were also selected by the Indianapolis Colts and the Detroit Lions respectively.

Other players chosen as potential stars were Iowa defensive end AJ Epenesa, who went to the Buffalo Bills, and UCLA tight end Devin Asiasi and Wyoming Linebacker Cassh Maluia who were drafted by the New England Patriots.

Tongan giant Leki Fotu was taken by the Arizona Cardinals as a defensive tackle; San Diego State center Keith Ismael was selected by the Washington Redskins; Tongan-born offensive lineman Netane Muti is set to play for the Denver Broncos; and Notre Dame safety Alohi Gilman was drafted by the Los Angeles Chargers in the sixth round.

The draft was watched by more than 55 million viewers over three days, breaking records as the most-watched draft ever.