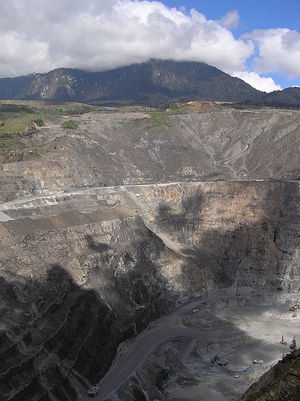 The long-running request for a Special Mining Lease extension for Papua New Guinea's troubled Porgera mine has been denied.

Prime Minister James Marape made the announcement on Friday saying the National Executive Council's decision to refuse the request from Barrick, was based on recommendations from the Mining Advisory Committee.

In a statement, the government said it has carefully considered the issue and decided it was "in the best interests of the State, especially in lieu of the environmental damages claims and resettlement issues", that the lease not be renewed.

The NEC agreed to enter into a transitional agreement with the multi-national Barrick, to develop an exit plan.

The government said local landowners and the Enga Provincial Government would be consulted widely during the transitional period.

James Marape said, despite the threat of Covid-19, work in these sectors of the economy must "proceed full steam ahead".

There had been numerous controversies, claims and counter-claims regarding pollution of water supplies, environmental and social problems, questions around local economic returns and violent clashes in the area.

"Nationalisation without due process" - Barrick

Barrick Niugini Limited challenged the decision, saying it was "tantamount to nationalisation without due process and in violation of the government's legal obligations".

The company said it was willing to discuss the issue further with the James Marape government in the hope of averting "a catastophic situation for the communities at Porgera and in Enga, and for the country as a whole".

However the company warned it was willing to pursue all legal avenues to challenge the government's decision and recover any costs that might occur as a result of the denial.

Barrick said since it had first applied for the extension in June 2017, there had never been an indication of alternative plans for the Special Mining Lease or indeed that it would not be extended.

The company claimed it had the overwhelming support of Porgera landowners.