Fiji authorities are investigating employers who fail to help their workers seeking assistance from the government's Covid-19 wage relief package. 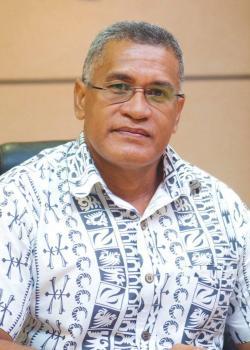 The National Provident Fund said about 500 employers out of 2000 had responded that they would help staff who had lost their jobs or were on reduced hours.

Fund CEO Jaoji Koroi said employers were required to complete the relevant documents which their workers needed in order to access their pension funds.

"We're pleading with the employers to please facilitate the arrangements and upload those forms so that we can process the assistance to the (FNPF) members."

He said the government's Covid-19 assistance package, currently administered through the FNPF, had paid out more than $US6 million to 18,400 Fund members.

Thousands of workers had either lost their jobs or were on reduced hours since Covid-19 struck the country last month.

The government said FNPF members who had been laid off or on reduced hours were eligible to apply for assistance.

The government also said workers who had been unemployed for the past six months were also eligible to withdraw funds from their accounts. 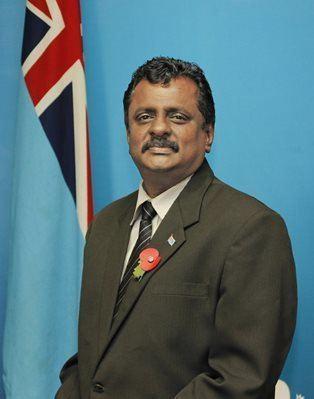 But Attorney-General Aiyaz Saiyed Khaiyum said the government would not supplement if the amount in their accounts were less than what they were expecting.

"Even those people who may have resigned, they can withdraw up to three months from the date of their resignation.

"Some who get paid cash in hand now and don't make FNPF contributions because their work is on contract, they can access their accounts."

Mr Khaiyum said people could only withdraw what was available in their general accounts.

This week, he said workers in the informal sector within the lockdown areas of Lautoka, Suva and Nausori were also eligible for $US67 in financial assistance.

These applications, Mr Khaiyum said, would be processed by the Ministry for Economy and could take up to five working days to be completed.

Last week, the FNPF said people whose homes were damaged or destroyed by Cyclone Harold were eligible for the relief assistance.

Cyclone Harold - a category four storm - caused widespread flooding and damage when it grazed the country two weeks ago.

Jaoji Koroi said Fijians affected would get the help they required.

Mr Koroi said FNPF members in rural communities would need to provide a valid photo ID, bank account details, and an approval of the village headman and advisory councillors.

He said members in urban areas need to provide a valid photo ID, bank account details and a utility bill as proof of residence. 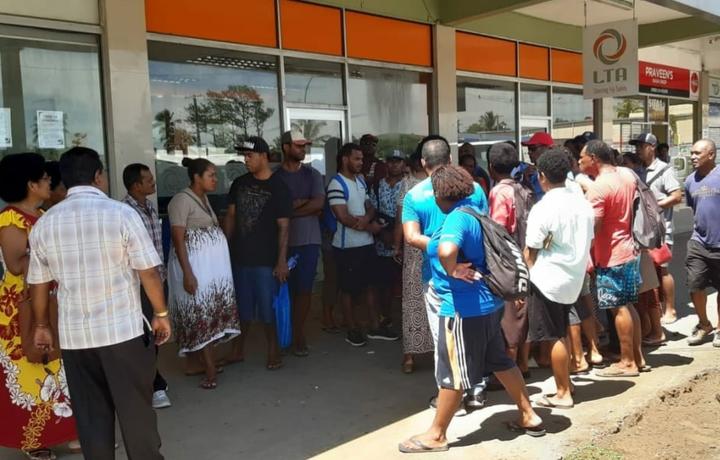 FNPF members outside one of the Fund's offices. Photo: Supplied

Meanwhile, the Ministry of Employment said it had received more than 300 labour complaints related to Covid-19 and was investigating.

The ministry said the complaints ranged from non-payment of statutory leave entitlements and other entitlements under the Employment Relations Act (ERA) 2007.

Employment Minister Parveen Kumar Bala said despite the challenges brought on by the pandemic, employers were required to adhere to the requirements of the Act.

"The ministry will assist employers and employees in navigating the complexities imposed by the Covid-19 crisis and both parties are encouraged to contact the ministry with concerns relating to employment.

"We've consulted with business people and employees throughout Fiji and we're acutely aware that these are difficult times for all parties involved, particularly in travel-related industries," the minister said.