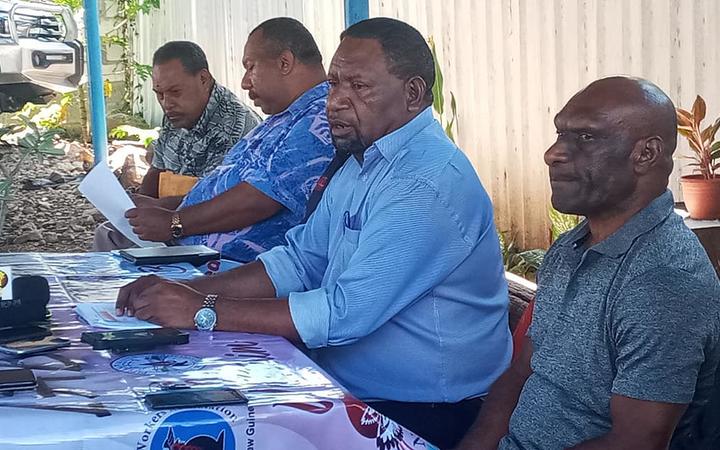 Clement Kanau called a media conference in Port Moresby late Tuesday once it became clear the country's Covid-19 package was only going to subsidise public servants.

The General Secretary of the PNG Trade Union Congress said the move would affect more than 10,000 members, many of them supporting households of 10 or more.

And he expected the numbers of those in need to spike, with calls from state owned enterprises as staff found out they were in the same boat as the informal and private sector.

Mr Kanae said the support of PNG's neighbours to get all workers included in Covid-19 subsidies showed just how much the country was struggling to manage the state of emergency.

"Unlike New Zealand and Australia and smaller Pacific island nations, we are struggling.

"So we have a lot of resources and attractive industries that we can boast and feel proud of," he said.

"We have our own problems but we are really struggling. We believe there must be something coming. Hopefully we get some consensus and something from the government in our meetings going forward."