After Taiwan's government suggested a group of sailors may have picked up coronavirus in Palau, the island nation's government says that is very unlikely.

Two dozen sailors who were part of a Taiwanese 'Friendship Flotilla' that visited Palau in March later tested positive for Covid-19. But leaders say "there is little chance that the virus on the vessel came from Palau". 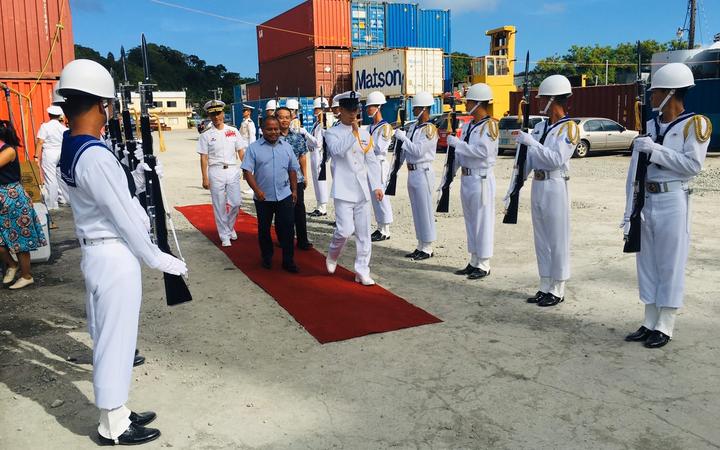 Palau's Health Minister Emais Roberts said "it has been over a month since their visit and precautionary measures were taken at every event involving the cadets here in Palau".

Dr Roberts sought to calm the public, saying that while the 24 sailor cadets tested positive for COVID-19, Taiwan's Ministry of Health indicated that the cases were most likely 'ship cluster', contained within that particular vessel.

"There is no reason for us in Palau to panic. Since that time, there have been no reported cases at Palau's hospital of patients with correlating symptoms," he said.

He said that it was "unfortunate" that Taiwan implied that the cadets might have picked up the virus in Palau. But he sad no one in Palau had gone to the hospital sick with the flu or has reported symptoms.

The president said that Palau's people didn't need to panic as the government was taking measures to keep the virus at bay.

The Health Ministry added that "protocols in place for contact tracing, and at the moment, the Bureau of Public Health (BPH) is in communication with the Taiwan International Health Regulations (IHR) National Focal Point (NFP) Office as they conduct their investigation".

With this, a statement from the Taiwan Ambassador to Palau said that his staff "Taiwan Technical Mission, spouses, volunteers and Taiwanese expatriates here who have had close contacts with the Fleet officers and sailors volunteer" to take the COVID-19 test today ( April 21) to " prove that Palau remains a pristine paradise of Coronavirus free".

"Speculations about the origin of their infection varied," he said in a statement.

"Some experts suspected Palau may be the source of infection, while others said judging from the timeline, it's not likely since the Fleet left Palau more than one month ago."

He also noted that Taiwan's Minister of Health and also the head of the Central Epidemic Command Center Dr Chen retracted his previous comment that there might be hidden cases in Palau, instead saying that health authorities were still conducting an investigation to determine if the 24 cases contracted the virus locally or overseas.

While many people in Palau place a measure of trust in President Remengesau's assurances, social media discussion suggests that some feel the leadership is giving a "false sense of security" by condoning "normalcy" in a time of the pandemic.