The Autonomous Bougainville Government in Papua New Guinea says it's concerned at the slow turnaround of Covid-19 testing.

The deputy controller of the Bougainville State of Emergency, Thomas Raivet, said samples taken from 'Persons of Interest' and sent to the Institute of Medical Research in Goroka, in the PNG Highlands, more than two weeks ago had still not arrived back. 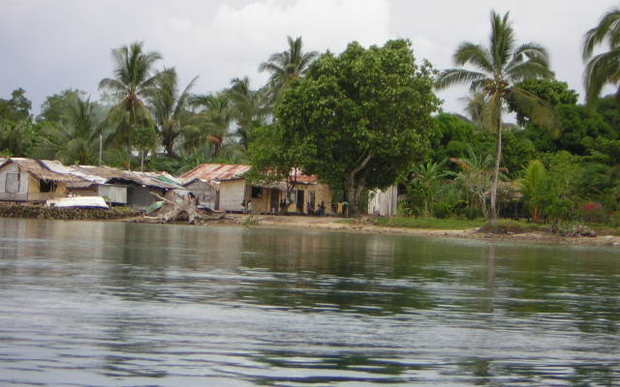 An isolation facility is being built in Buka Photo: RNZI / Don Wiseman

Speaking on Monday he said there had been no response from the National Emergency Operations Centre.

He appealed to the centre, in Port Moresby, to ensure the results are sent back to Bougainville as soon as possible.

There are no confirmed cases in Bougainville as yet.

Meanwhile an isolation facility was being built in Buka to house any possible victims of the coronavirus.

The construction had funding support from Australia and New Zealand.

Meanwhile Bougainville President, John Momis, told the public it was critical they continued to follow the State of Emergency orders put in place to contain Covid-19.

He told local radio, New Dawn FM, that Bougainville had no capacity to contain the pandemic if it reached the region's shores and the only solution was for people to stay at home and follow directions.

Mr Momis said the onus was on everyone to ensure the virus didn't reach Bougainville.

He said this involved shutting down the borders, maintaining strict hygiene and keeping distance from others.