A long time member of the Niue parliament says the failings of the government, detailed in an auditor general's report, will be front and centre as the island prepares for its general election. 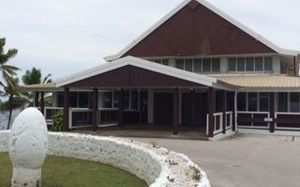 Niue was expected to go to the polls in late May.

The report, by New Zealand's Auditor General John Ryan, covered the 2015 financial year - the subsequent years were yet to be provided for audit.

It was scathing about the Niue administration's failings, including not complying with its own laws by failing to tax a key government entity or pay PAYE.

It talked about inadequate records and insufficient information and the misuse of money from foreign donors.

Opposition MP Terry Coe said the revelations of mismanagement and misuse of funds, as detailed in the audit report, were of major concern to the people and they would be looking for answers as the election neared.

The government put much of the failings down to a lack of capacity within the public service to properly process the accounts.

It promised improvements and said it expected the outstanding accounts for the years 2016 to 2019 would be available for audit by 30 June this year.