Gracia Shadrack has been elected as the new speaker of Vanuatu's parliament.

The parliament is sitting for the first time since the March election today, where a new prime minister and speaker will be selected.

Mr Shadrack is a member of the Leaders Party and the member for Malekula, and he was unopposed in his nomination to speaker.

He takes over from Simeon Seule, who last year ruled Mr Shadrack's seat vacant after he missed three sittings, a ruling that was overturned by the Supreme Court.

The parliament will select a new prime minister later this afternoon. 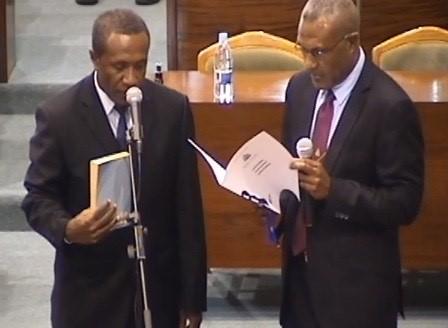