There's been strong voter turnout and a mixed bag of results from preliminary counts for the Kiribati national elections. 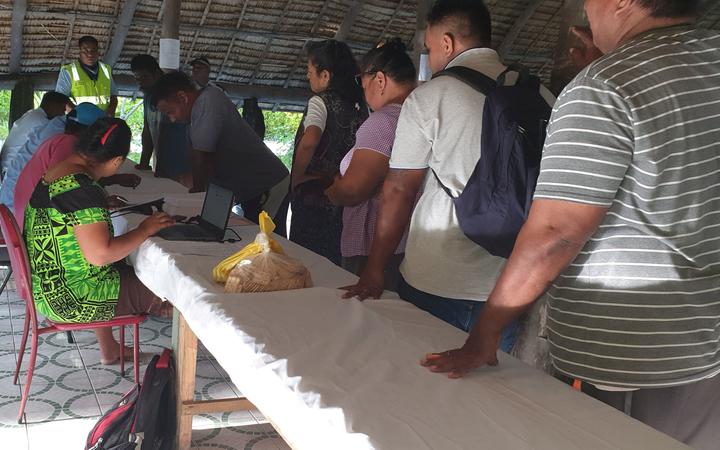 Fisheries minister Tetabo Nakara, Justice Minister Natan Teewe, and Internal Affairs Minister Kobebe Taitai lost their seats and other senior politicians may join them as they head into the second round of voting next week.

In the Kiribati two-round voting system, those polling more than half the electorate vote are declared elected.

For the 2020 preliminary results, 23 MPs emerged, leaving 21 available seats for the shortlisted candidates heading back into a week of campaigning before the round two vote next Tuesday.

Of the round one declared MPs, 16 were current and seven were newcomers. That released campaign pressures across the Kiribati islands of Makin, Butaritari, Marakei, Kuria, Aranuka, Abemama, Tabiteuea North, Onotoa, Beru, Tamana, Arorae, Banaba, Tabuaeran and Teraina.

And despite the the success of two wins for women in politics in round one, the pressure was on for current Tarawa-based MPs Shiu Fong Jung and Tangariki Reete. If they and fellow candidate Taabeta Teakai can repeat and grow their votes from this week to remain in the top three for their electorates, they will be joining Teima Onorio and Tessie Lambourne in Parliament.

Preliminary voter attendance showed a high turnout- more than 34,000 of almost 38,000 registered voters cast their votes, despite strong public health campaigning on Covid-19 in a country where voting was not compulsory.

Campaigning from parties had begun almost immediately as winning candidates took to the airwaves thanking voters for their support and urging them to repeat their loyalty or support political allies in the remaining electorates across Tarawa, Abaiang, Maiana, Nonouti, Tabiteuea South, Nikunau and Kirimati.