Athletes in Vanuatu are back in regular training after the government relaxed restrictions imposed in response to Covid-19.

The Vanuatu Daily Post reported the Council of Ministers last week gave the green light for sports activities in Shefa and Tafea Provinces to resume normal duties after the Easter weekend, while schools, restaurants and kava bars also reopened on Tuesday.

The Vanuatu Judo Federation resumed classes on Tuesday while the tennis development programme restarted at the Korman Complex.

Vanuatu's champion beach volleyballers were also back in team training in Port Vila, after two weeks improvising at home, and Federation President Debbie Masaufakalo said the players were eager to get back into it.

"Yeah they started back today and they're on the court and they were just really happy to touch the sand again and it's just like letting a bird out of a cage - it just starter flying again - so that bit of a freedom feeling," she said. 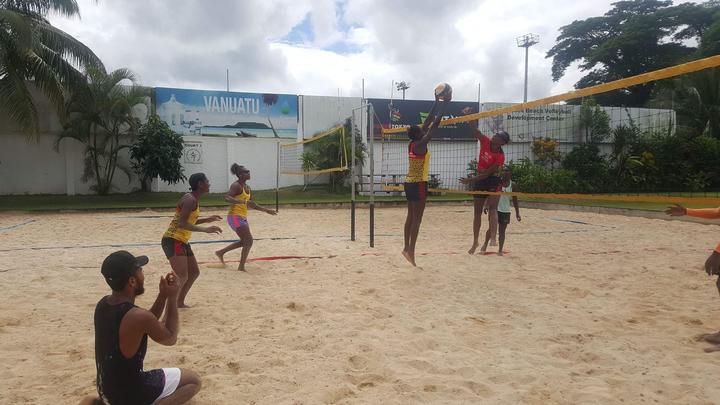 Vanuatu's beach volleyballers were back on the sand on Wednesday. Photo: Vanuatu Volleyball

Because of the coronavirus, Vanuatu Volleyball's volunteer staff - a strength and conditioning coach and media officer - had to return to Australia, leaving Debbie Masaufakalo and the head coach, Michel Bargmann, to devise a new training programme for their ladies.

"We were putting the programme online for the girls in a group chat and they were doing the programme every morning at nine and then posting their exercises and we were chatting and getting a different communication style that we haven't tried before but it came out to be very successful."

"We were touching base every day and I think that really helped in the two weeks that we were in a State of Emergency and self-isolation."

It's been over a month since Vanuatu won through to the final Olympic qualifying tournament in China which, like the Tokyo Games and the global sporting calendar, has since been postponed.

Debbie Masaufakalo said between Covid-19 and Cyclone Harold the last four weeks have been a "whirlwind" for the whole country.

"For us we've had a State of Emergency in Vanuatu, all our borders were closed and last week we had a category five cyclone, which devastated the northern islands of Vanuatu and just came past Port Vila, just missed us - thank you - so if that had hit us that would have really been a lot more of a problem." 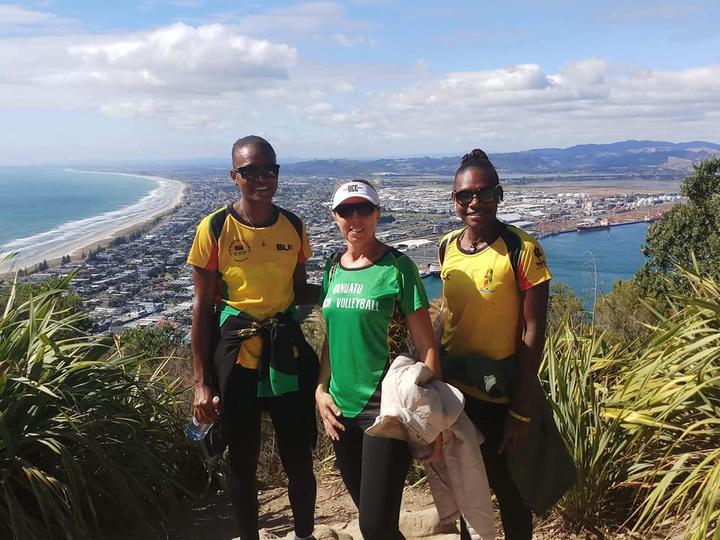 The Vanuatu islands of Espiritu Santo and Pentecost were particularly hard hit by Cyclone Harold and Debbie Masaufakalo said some of their staff have been helping with the relief effort.

"Getting aid and help to the Northern provinces is a slow process so our staff up in Santo, we have four Volley4Change - which is our community grassroots programme - so they're actually now helping the National Disaster Unit and a group called Big Heart Vanuatu, who are helping to get food and shelter to those evacuees."

Debbie Masaufakalo said with no events planned for the rest of the year and international borders set to remain shut for the foreseeable future they've roped in some of the men's players to ensure their top women have access to top level competition.

Otherwise, she said, they have no choice but to play the waiting game.

"We know, we've done two Olympic cycles: four years goes around pretty quick and 14 months will go around very quick but it's a whole new planning because you've got 14 months and you can't plan."