One game. One win. Then nothing.

'Ikale Tahi first five Kurt Morath had barely arrived in Austin, Texas before it was announced the 2020 Major League Rugby season was no more. 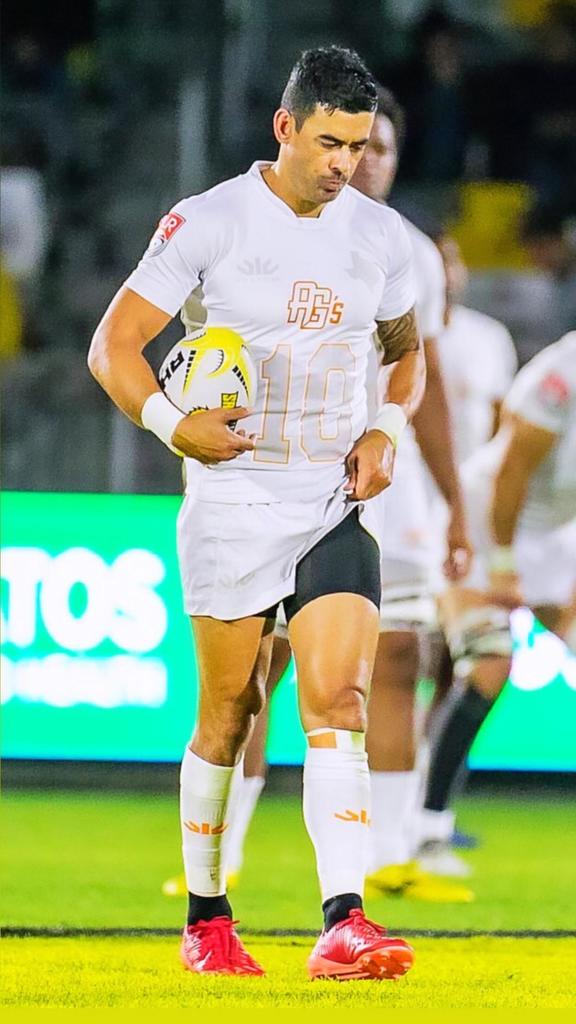 The 38 test veteran made his international debut for Tonga in 2009.

Morath made his debut for the Austin Gilgronis on 7 March, after visa problems delayed his arrival, converting Tiaan Erasmus' first half try as the visitors edged the Houston SabreCats 24-20 to seal their first win of the season and snap a 22-match losing run dating back to June 2018.

"I'd been here for probably less than a week and I went from having not played a game since October to starting and then straight to captain, so it was a pretty quick turnaround (laughing)."

But five days later competition organisers announced a 30-day pause to the regular season before confirming a week later the 2020 campaign was all over after only five rounds, the latest sporting casualty of Covid-19.

"It was probably the right call for the sake of the players and everyone involved but I guess it's one of those things that you never sort of expect to happen or plan for and I guess everyone's just trying to do the best they can the way things are at the moment."

MLR 2020: Virtual still kicks off this Friday at https://t.co/RReOA9FMbr

❗️And stay tuned for exciting news about MLR 2021, just around the corner. pic.twitter.com/CdlG7yX7DM

But he jumped at the chance to return to the United States, having played in San Diego during the short-lived PRO Rugby competition and for Utah in the inaugural season of Major League Rugby two years ago.

The 35 year-old was also eager to get back on the field after his third Rugby World Cup campaign was brought to a premature halt by the stray boot of Manu Tuilagi in the kingdom's tournament opener against England.

"I took a boot to the throat which was a bit unfortunate but that [game against Houston] was my first rugby since that World Cup [in September] and the intention was to be here [in Austin at] the start of December - that's when the contract started."

"But with the delay in visas for everyone - guys took sort of three months for that process to be finished and for everyone to be here so, yeah, one game and she's all over again." 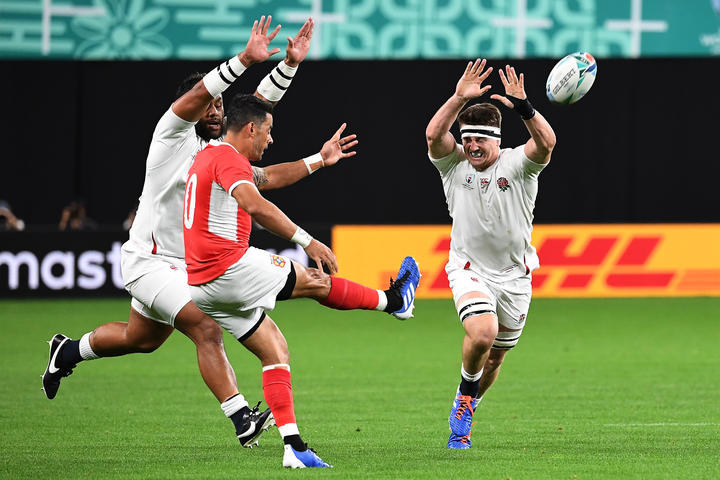 Kurt Morath is part of an eclectic mix of players in the Austin squad, including former All Blacks Jamie Mackintosh and Frank Halai, Manu Samoa halfback Pele Cowley as well as international internationally capped players from Uruguay, Brazil, Chile and the USA.

"They developed quite a good culture around the team from the short period of time they were together, so that was probably one of the disappointing things with the season finishing so quickly that we never got to progress that."

Wallabies centurion Adam Ashley-Cooper was set to be the highest profile addition to the Gilgronis - named after a soon to be released cocktail, in case you were wondering - but was unable to make it stateside before the season was consigned to history.

"It was a bit of a shame. I mean before that first game I was here probably less than week and then played that first game against Houston, so I was sort of trying to meet everyone and I guess even knowing guys name and all that sort of thing and just getting that sort of relationship with them and then for it to all be cut short pretty quickly," he said.

"Adam Ashley-Cooper was meant to be here but due to it finishing so quickly he was waiting on his visa to be finished as well so he never actually got here in the end." 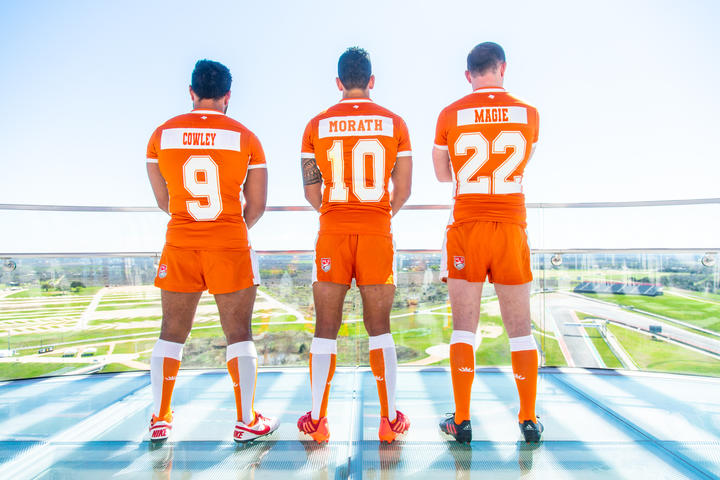 Despite the MLR season being scrapped as a result of Covid-19, the Morath family have decided to stay put in Austin for the foreseeable future.

"Texas being so big it's quite easy to do the whole social distancing thing," he said.

"It was a good option for me and my family and the idea for me was to do something here long-term. Once the season finished the idea for us was to stay here during that off-season anyway so that was part of the reason why we didn't rush back to New Zealand." 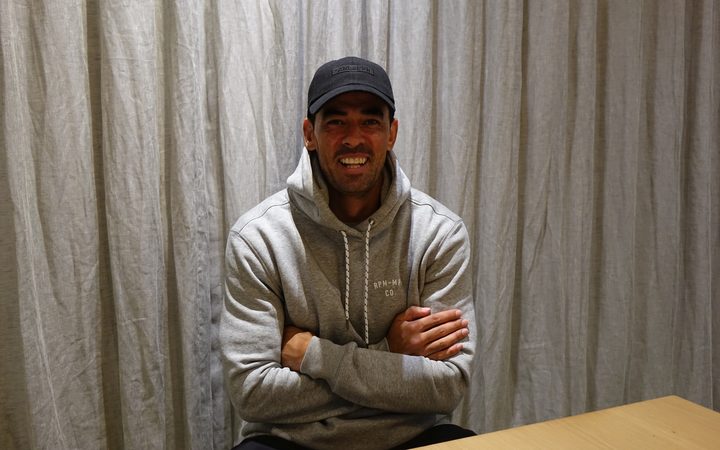 A veteran of three Rugby World Cups, Kurt Morath has plied his trade in New Zealand, England, Ireland, Japan, France and the US over a nomadic professional career and said the Gilgronis players have been well looked after by their club as they adjust to the new normal.

"From when we signed we've actually have new ownership now - it's the owners of F45, the gym company. So they've taken over and they've done some really good things with our team and our club."

"Through this whole process they've been great for us - they've said there's no rush for us to leave or they just want everyone to be safe and they're looking after everyone with whatever they need so it's been pretty stress-free to be fair," he said. 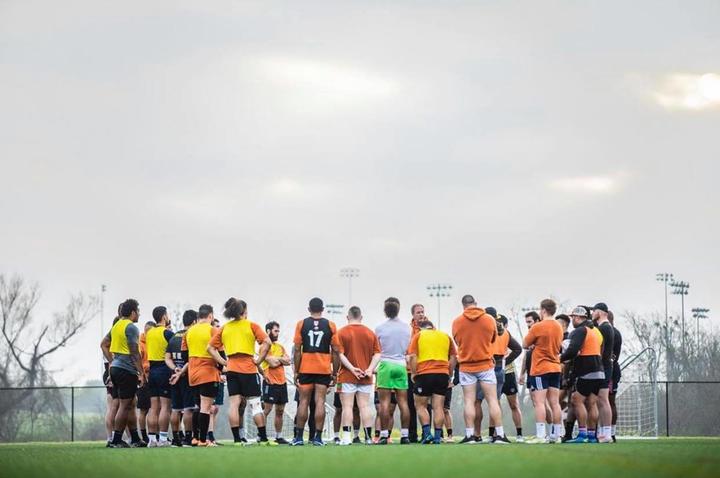 The Austin Gilgronis were recently bought by the owners of the F45 gym company. Photo: Supplied

With most Texans largely confined to their homes for at least a few more weeks, save a quick trip to grab groceries or take-out, Morath says it's meant a chance to spend more time with his three girls: wife Nicole and daughters Kaia Jade and Milla.

"We're lucky enough with the club and stuff - they dropped off a whole lot of gym equipment to the house and you're allowed to get out and train once a day, get some exercise and [I've been] doing some home workouts."

"With the kids, I've got a five year old so started the home-schooling process which has been interesting but obviously it's just a lot more family time, which is quite nice considering we've been doing a lot of travelling previously to this."

Despite being a long way from home, Morath says they've been keeping in regular contact with their extended family back in New Zealand.

"Technology these days - it's quite easy to keep in touch with everyone, be it Facebook or Face-Time - jump on Zoom and have your chats with everyone at home. It's giving you a bit of peace of mind knowing that all your family and that are safe, and I think the same for them as well knowing that we're over here and we're safe as well." 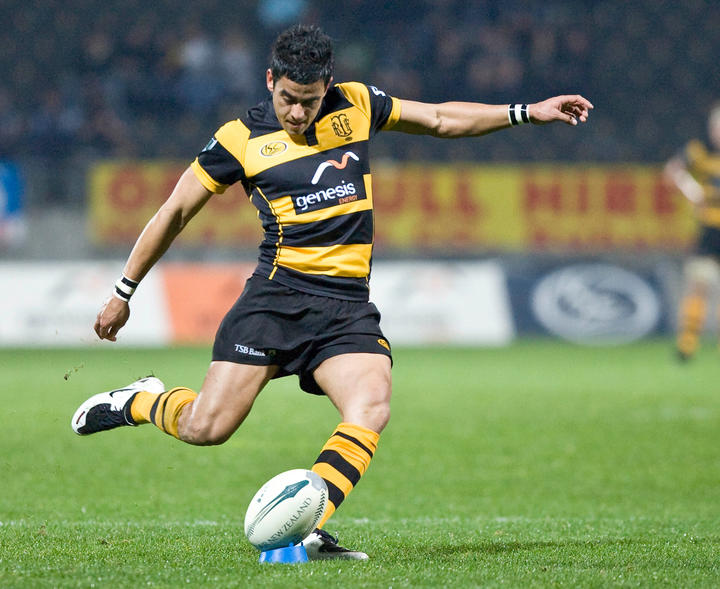 Kurt Morath converts a try for Taranaki in 2007. Photo: PHOTOSPORT

The Colorado Raptors announced last week they were withdrawing from Major League Rugby but the Auckland-born playmaker says, fortunately, all 12 clubs have agreed to pay their players contracts in full for the 2020 season.

"They've just released through Major League Rugby that all the players will be getting their full payout and...all that sort of stuff, so I think that's a bit of a relief for a lot of guys," he said.

"Especially the way things are or the things you're hearing from around the world, from different clubs - guys are getting big pay cuts and some guys not getting paid what they were hoping to be paid - so I think for a lot of the guys it's a bit of a relief to have all that stuff sorted out."

Everything is bigger in Texas, so the saying goes, but for the Morath family the world has got a lot smaller in recent weeks.

The 'Ikale Tahi icon is at peace in his "bubble" for the meantime but says he's keen to "get out and explore" his new home when the lockdown is over. And, yes, he's Tongan so barbecue steak joints of Texas consider this advance warning.

"If you're a meat lover the steaks and obviously the barbecue that they do here (are amazing)," he said, wistfully.

"I went to a couple of joints here, before obviously everything closed down, and yeah they definitely do some good barbecue ribs and whatnot and everything's big here in Texas so you'll never go hungry." 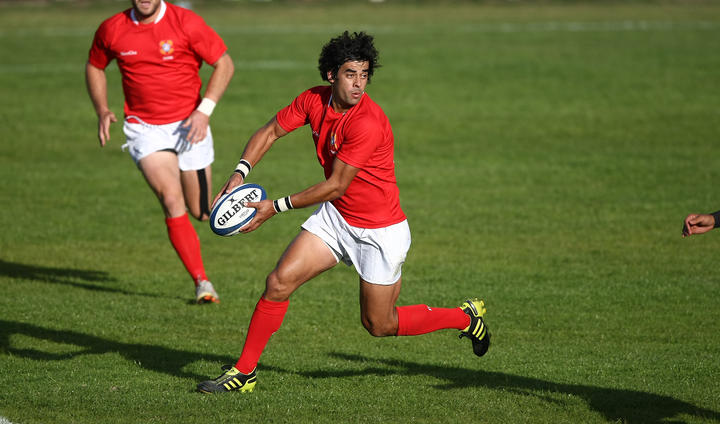