The World Wildlife Fund says the death of a Kiribati fisheries observer on a purse seiner shows the protections for such roles aren't sufficient. 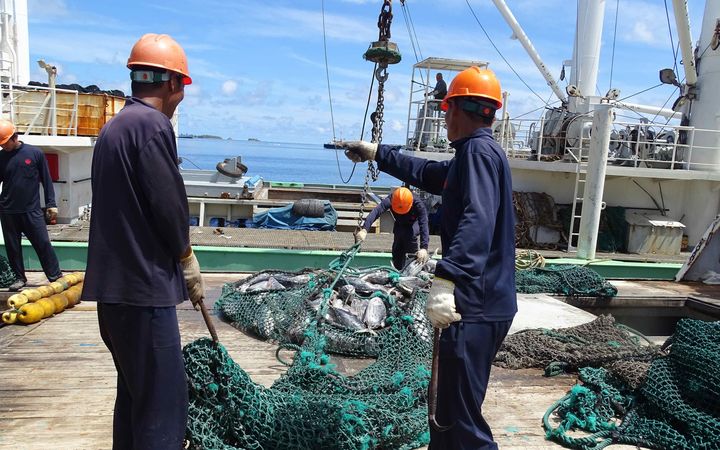 A purse seiner transships its load of tuna to a carrier vessel. Photo: Hilary Hosia

Kiribati police have launched an investigation into what has been called the 'unnatural' death of 40-year old father of four, Eritara Kaierua.

His death was reported on 5 March by the vessel he was observing, a Taiwan-flagged purse seiner he boarded on 13 February.

The Win Far 636 was in Nauru waters when the death was reported, but was ordered to dock in Kiribati while investigations were carried out.

The case had reopened long-running concerns over the safety of at-sea observers in solo positions who acted as watchdogs against illegal fishing.

The WWF's Alfred Cook was a key supporter for regional fisheries observer protection rules passed in 2015 by the Western and Central Pacific Fisheries Commission, and the Forum Fisheries Agency.

Mr Cook said if the rules failed Mr Kaierua, something needed to change.

"But we're going to have to do something because clearly what we put in place before was just simply not enough." 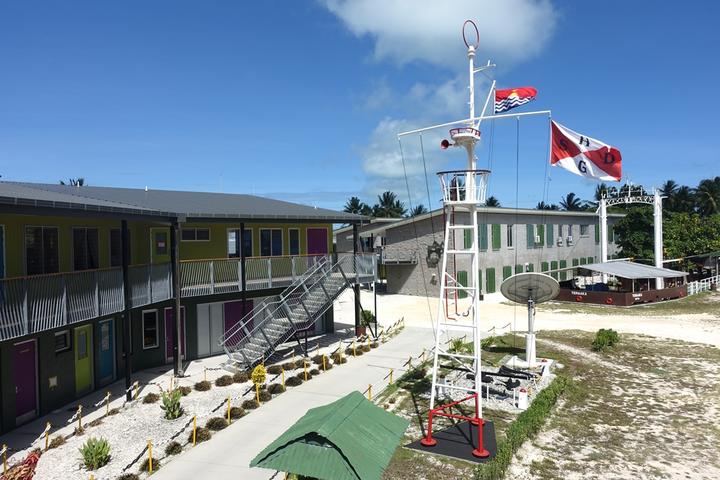 The Maritime Training Centre in Tarawa, where Eritara Kaierua was top of his class in 2002. Photo: MTC, Kiribati

The previous recorded death of a Pacific fisheries observer was that of James Numbaru, an employee of Papua New Guinea's National Fisheries Authority.

He was an observer on the purse seiner Feng Xiang No. 818 when he went missing in mysterious circumstances in the sea near Nauru in 2017.

When the ship docked in Nauru local police investigated and found no foul play was involved.