Papua New Guinea's prime minister has urged the public not to stigmatise people who are infected with Covid-19 or suspected of having the virus.

But it also sparked more confusion among PNG's public, with social media in particular a forum where blame for the virus' presence in PNG was directed at the infected. 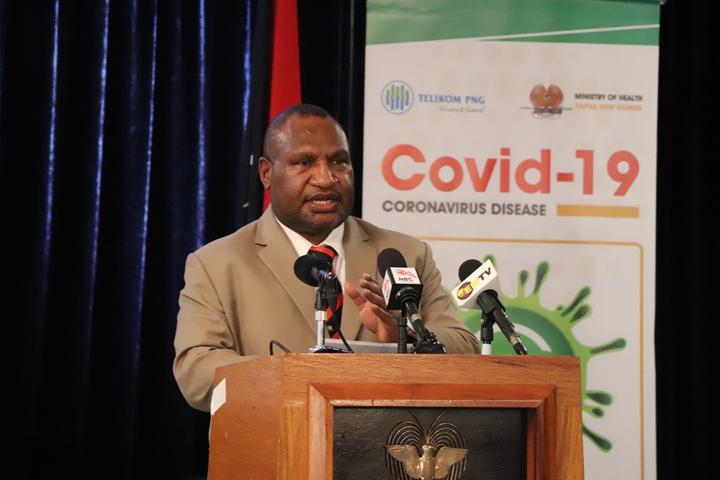 The Prime Minister urged people not to criticise infected people, saying now was not the time to be careless and hurtful to others.

Mr Marape said someone who tested positive to Covid-19 was not a threat to society, so people should remain calm and patient.

He reiterated government's advice to citizens, to isolate themselves and stop unnecessary movements as PNG sought to stem the spread of the virus.

A team including Health Department officers and personnel from the World Health Organisation flew to East New Britain on Tuesday and, according to the government, commenced contact tracing related to the confirmed case.

Mr Marape said the announcement that a Papua New Guinean had been infected should not shock the public.

"She is taken care of and her footprint is being mapped so that the appropriate care is provided as far as medical attention is concerned," he said in a statement.

However, local media reported the woman herself had spoken of the confusion around her situation, with the whole ward in which she lived in lockdown because, she said, the Government didn't have a facility to isolate her in.

The newspaper The National reported that Joanne Veronica Schulz, from Raluana village in Kokopo district of East New Britain, was calling on the government to move her out of her family home and into a proper isolation facility.

The isolation facility was reportedly not functional yet.

She reportedly asked that her name be made public, saying she was disappointed because her fellow villagers were being exposed to the virus and "paying the price" for her isolation in the community.

According to Mr Marape, the East New Britain Provincial Response Team was being pro-active with the response to the woman's situation, and with efforts to contain Covid-19 from spreading.

The prime minister said the woman was not a danger to society - he said the National Operations Centre on Covid-19 had spoken to her and established that she was healthy and doing well.