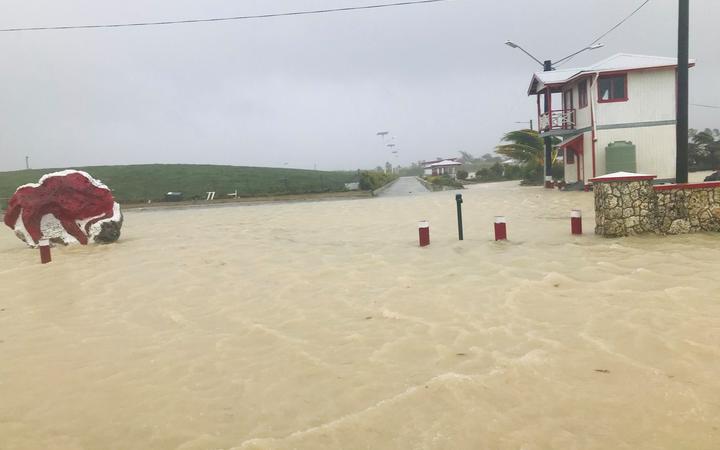 Tonga felt the brunt of Cyclone Harold this morning as the storm, packing gusts of up to 260 km/hr, passed to the south of Nuku'alofa.

The cyclone had already devastated the central islands of Vanuatu and parts of Fiji.

Cyclone Harold weakened slightly between Vanuatu and Fiji, but overnight it re-intensified and struck at the same time as king tides were due in the kingdom, increasing the likelihood of damaging surges.

RNZ Pacific's correspondent Kalafi Moala is based in Nuku'alofa and he said there was heavy rain and strong winds in the capital this morning. 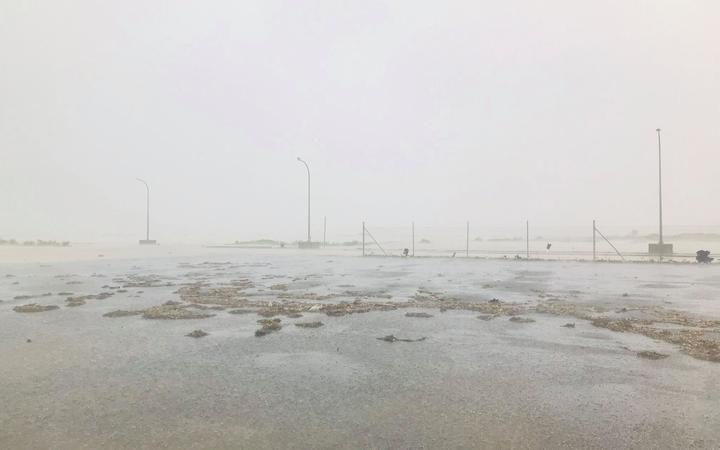 The waterfront near the capital Photo: HMAF

Mr Moala said in his area there was a lot of vegetation damage and he received reports of a popular beach resort in Hihifo being severely impacted by king tides.

He said there were still power outages across Tongatapu.

"I think we're going to spend an Easter doing a lot of cleaning up and we didn't get the brunt of the cyclone, even the tail winds were pretty strong.

"There are trees on the road that need to be cut and moved and that's why the power is still off in Tongatapu because we need to do a lot of clearance of the trees before they reconnect."

Last night Tonga's government announced a second State of Emergency to deal with the cyclone, having already declared one last month as a Covid-19 precaution. 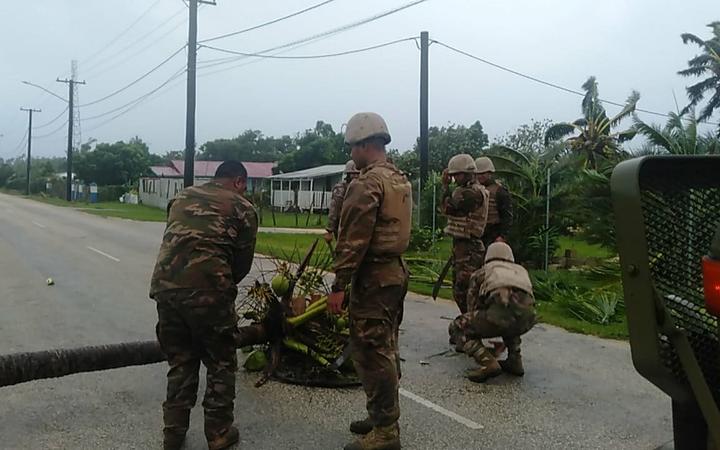 An extreme high tide remains in place for all of Tonga until Saturday.

A gale warning for Vava'u and Ha'apai remained and had been extended to Tongatapu and 'Eua.

Niua still has a strong wind warning in place, while a heavy damaging swell and small craft advisory remains enforced for all of Tonga.

The National Emergency Management Office advised people to stay away from coastal areas until Cyclone Harold had completely passed.