Severe Tropical Cyclone Harold strengthened to a category five cyclone overnight as it moves away from Fiji and heads to the Tonga group with wind gusts of 285km/h. 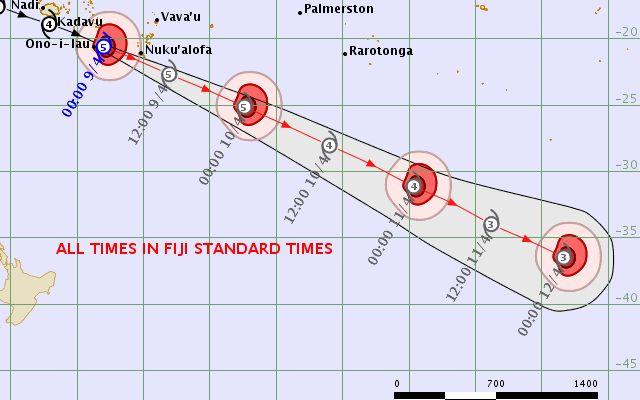 Reports from Tonga's capital, Nuku'alofa say strong winds were being felt there and there were power outages in some areas.

Tonga's government has announced a State of Emergency because of Cyclone Harold - the second in a month.

In March the government made a similar declaration to help prevent the introduction of Covid-19 into the kingdom.

Late yesterday, in a statement, Prime Minister Pohiva Tu'i'onetoa said as an emergency was about to happen due to the destructive force winds and sea rises caused by the cyclone, it was necessary to make another declaration.

Earlier the government suspended the nightly curfew installed as part of Covid-19 restrictions to allow people to prepare for Cyclone Harold.

Tongan residents were told hunker down and prepare for the storm's arrival.

Tropical Cyclone Harold has already caused significant damage in parts of Vanuatu as well as Fiji.

#BreakingNews: Incredibly #CycloneHarold is back to a severe #Category5 cyclone. Almost unheard of to strengthen like this while tracking south east.

Not good news for #Tonga. #Harold is as close to Tonga as it will get, tracking to the south of the nation as forecast. pic.twitter.com/sGKIynVA8n