As the winds finally died down on Wednesday morning, the people of northern Vanuatu emerged to scenes of devastation.

Cyclone Harold, its winds as strong as 250km/h, had torn a path across several islands, creating a belt of destruction across the country's middle. 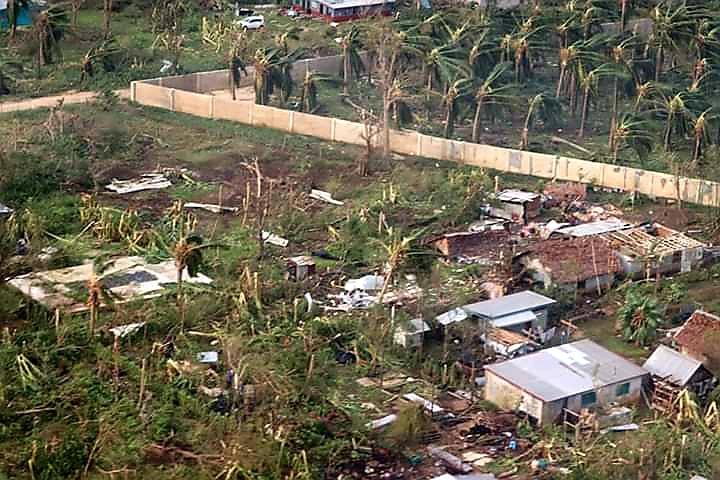 Damage caused by Cyclone Harold on the Vanuatu island of Santo. Photo: VBTC

What remained was a landscaped sapped of colour. Trees stripped of foliage, green fields now brown and sodden, crystal blue sea now a churned grey. Entire villages had been flattened, assessment flights had shown, and roads and paths had been flooded or completely washed away.

Joseph Tom, a camera operator for the VBTC, was on board one of the first damage assessment flights. He described a grim journey.

"Everything to the ground," he said. "Everything."

"Fruit trees, coconuts. The rivers, all the mud is in the sea, you can hardly see the reefs. There's lots of damage," Mr Tom said.

On Thursday, communication networks were still down across much of the country, but as they were slowly restored on Vanuatu's largest island, Santo, it opened the lines to tales of dire need in the wake of a terrifying storm. 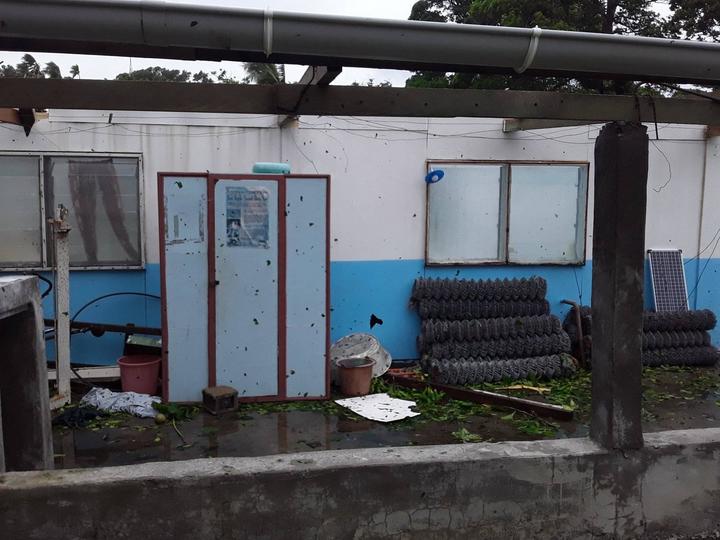 The fate of several islands including Ambae, Pentecost, Maewo, and others remains unknown.

What is clear is that the damage is immense; thousands are now homeless, gathered in crowded in evacuation centres; villages have been flattened or flooded; crops have been destroyed.

So far, there are no reports of casualties. Remote villages resorted to traditional survival techniques that have fared for generations, such as seeking shelter in inland caves, thatching their roofs with an added layer of coconut leaves.

Mr Tom compared the damage to that done by Cyclone Pam, another category five storm that tore across the southern half of the country five years ago. 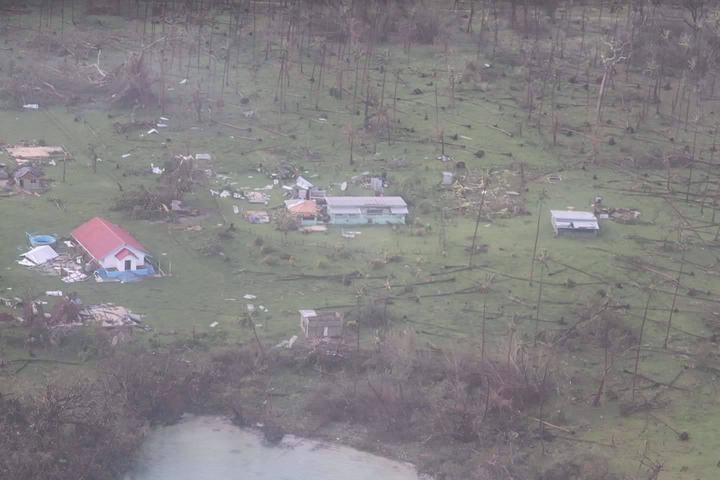 Aerial assessments have been carried out in Vanuatu. Photo: VBTC

Pam, too, caused widespread destruction. In some areas, the recovery is still underway. And it set the Vanuatu economy back years.

"They definitely need shelters because many homes have been destroyed, they have problems with water and power, and telecommunications was cut off in most of the islands," Mr Salwai told RNZ Pacific.

The prime minister, Jacinda Ardern, said a Hercules aircraft was also ready to be sent with disaster relief.

But Cyclone Harold hasn't finished its path of destruction yet, with it bearing down on Fiji as a category four.

It may have weakened slightly, but Fiji's southwestern corner was on Wednesday being lashed with winds as high as 195 km/h, with the southern island of Kadavu forecast to endure a direct hit.

Across the day there were pictures of flooding, of debris flying, of roofs ripped off houses. 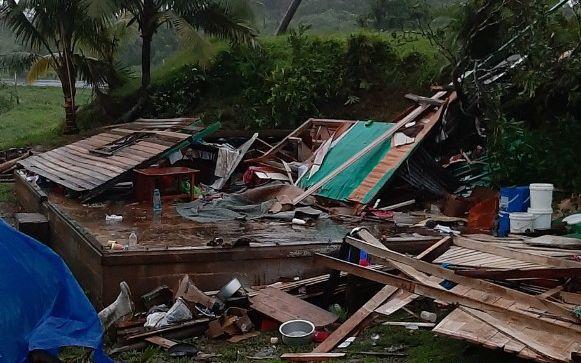 Misa Funaki, from the Fiji Meteorological Service, said reports of damage were coming in thick and fast.

"There's pictures of structural damages, of flooding in low-lying areas," he said. "So yeah, the full brunt of it."

"There's also reports from the Yasawa that they are experiencing some very large waves."

A disaster of this size comes at the worst possible time.

Both countries are dealing with coronavirus emergencies, and both have had to relax their restrictive measures as they cope with the cyclone, the most intense in the Pacific since Cyclone Gita in early 2018.

While Vanuatu has no reported cases of Covid-19, Fiji is dealing with a worrying spread in several divisions, prompting grave fears about people having to congregate in evacuation centres.

The prime minister, Frank Bainimarama, in a video message filmed on a balcony in a blustery Suva, sought to allay those concerns.

He ended with a plea.