Fiji's Meteorological Service Director, Misaele Funaki says the effects of Tropical Cyclone Harold is being felt in most parts of Fiji.

Mr Funaki told Fiji Village that the big the concern are the damaging winds and heavy rain.

He said there is also the concern of flash flooding of low-lying areas.

A Tropical Cyclone warning is in force for the Southern Parts of Viti Levu which includes areas from Momi, Nadroga through to Pacific Harbour, Kadavu, Beqa, Vatulele, Matuku, Vatoa and Ono-I-Lau.

A storm warning remains in force for the rest of Viti Levu, Yasawa, Mamanuca, Lomaiviti and the rest of the Southern Lau Group and is also in place for Moala, Totoya and Vanuavatu.

A gale warning remains in force for Vanua Levu, Taveuni and nearby smaller islands, Lakeba, Cicia and the rest of the Lau Group.

A strong wind remains in place for the rest of Fiji while a heavy rain warning remains in force for Fiji. 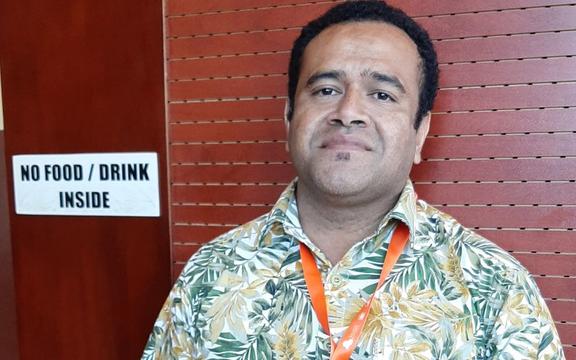 It is travelling in a east southeast direction at about 28 kilometres per hour.

Although the centre of TC Harold is not expected to pass over land in Fiji at this stage, the outer effects of the large cyclone is expected to affect the Fiji group.

The Met service said the centre of the storm will pass close enough to the Mamanucas, southern Yasawas, Viti Levu, Vatulele, Beqa, Kadavu and southern Lau.

People in these areas will very likely experience damaging winds with gusts to 240 kilometres per hour starting from this morning.

People in Yasawa and Mamanuca, Lomaiviti and the Southern Lau Group can expect damaging winds with gusts increasing to 155km/hr from this morning.

For Vanua Levu, Taveuni, Lakeba, Cicia and the rest of the Lau Group people can expect damaging winds with momentary gusts of upto 120km/hr.

Heavy rain can lead to the flash flooding of low lying areas.

The onset of gales around western and southern Viti Levu will coincide with high tide and a full moon around sunrise tomorrow with a high risk of sea flooding along the Coral Coast and western Viti Levu, and also coastal villages and tourist resorts in the Mamanucas and Yasawas.

Heavy rain is also being experienced in the Eastern Division.

The one element of positivity is that the cyclone will be travelling at around 20 kilometres by this time and its presence in Fiji waters will be relatively brief in comparison to Vanuatu.