Fiji has recorded another case of Covid-19 today taking the country's tally to 15. 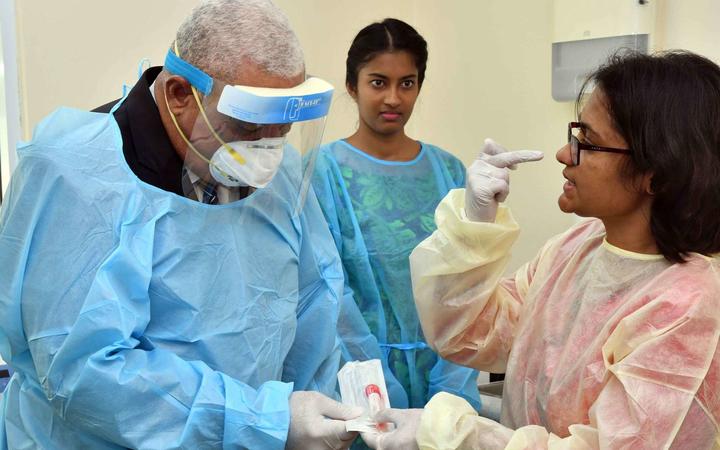 He said the confirmed cases was the husband of an existing patient from Lautoka, someone who had done a Zumba exercise class with Fiji's first coronavirus case.

Mr Bainimarama said the 33-year-old man was now in isolation.

The man represented the sixth confirmed transmission that could be traced back to Fiji's first case, a flight attendant who had returned from overseas.

The government said all 15 patients remained in stable condition.

Meanwhile the Prime Minister confirmed the government lockdown of the Kashmir area in Lautoka where a man who had hid his travel history resided, had now been lifted.

Mr Bainimarama said the despite the man's irresponsible behavior, he was among the 24 tests that came back negative, so all of the Lautoka confined area was now open.