Papua New Guinea's police chief has warned anyone spreading false information during the Covid-19 State of Emergency will be arrested and charged. 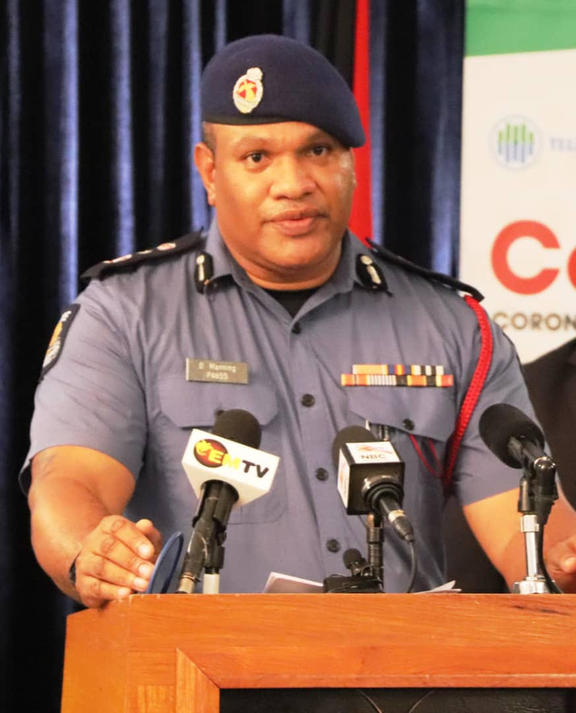 Mr Manning said the allegations were false and no such contract was awarded to Borneo.

The controversial company had earlier won government contracts despite a history of supplying below-standard or counterfeit drugs to PNG.

The controller described the allegations as "very damaging", saying they were aimed at discrediting government and derailing its efforts to fight Covid-19 as a united force.

Mr Manning directed the Police Cyber-Crime team to investigate the origins of what he calls "malicious rumours" at "a sensitive time".

He warned those responsible would be "severely dealt with".

"As the Controller of the SOE, I am the legal authority under the Emergency Orders for procurement and direction of the SOE personnel and supplies and deny that any such contract was issued to Borneo by the Minister for Health."

While PNG had only had one confirmed case of Covid-19 in country to date, fears were growing among the public that the government's limited capacity to test for cases was masking a greater number of infections.

The government had also been criticised from some quarters about a lack of coherent public messaging about measures to be taken in response to the pandemic. 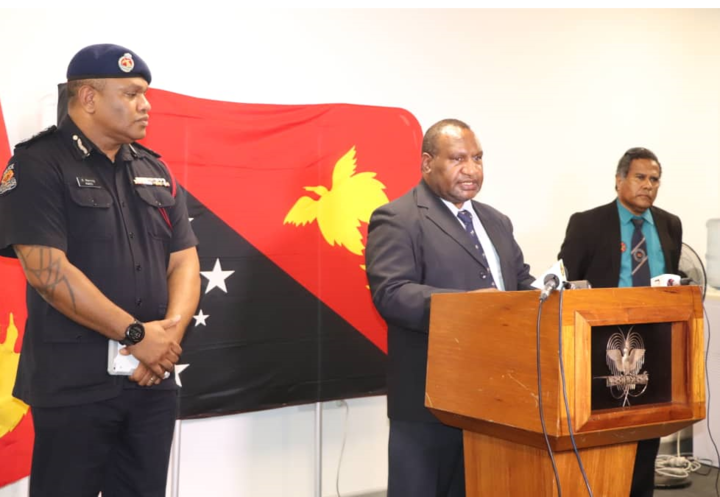 The Controller's warning also followed a leak of internal intelligence reports relating to work by the Joint Agency Task Force (Covid-19 response unit) in Daru, Western Province, near the border with Indonesia.

Mr Manning said the information released on Facebook contained a snapshot of an internal police intelligence report which related to a "disturbing" situation report from an incident the border area.

"Raw data which has not been verified or analysed cannot be published in such a manner," Mr Manning said.

"All state workers and others involved in the whole of government Covid-19 response are directed not to release unsanctioned information regarding government operations from around the country.

"Officers are privy to information that is not available to the public for the purposes of our Government response to manage the coronavirus pandemic now posing a serious threat to mankind."

Mr Manning echoed the prime minister's comments last week that the country must stay vigilant about measures to prevent the spread of the coronavirus in PNG.

"In fact it can destabilise all the advances we have made thus far. The Government must ensure our people are well informed with accurate and timely information cleared by authority for release to the public where and when appropriate.

"We want to avoid any misreporting and misinformation going out to the public to stop any cause of concern and anxiety which can lead to confusion and panic.

"I therefore direct that all information going out to the public from the Covid-19 National Operations Centre and the Provincial Centres must be vetted by the office of the Controller and or authorised officers in the provinces.

"Severe penalties shall be imposed on persons who wilfully disobey this directive," Mr Manning said.

According to the controller, only he and the prime minister, James Marape, are authorised to release information on Covid-19.

Mr Manning added that Mr Marape had delegated Health Minister Jelta Wong as the official government spokesperson on the PNG Government response to the coronavirus or Covid-19 pandemic.

"It is critical and necessary that the established protocols with regard to the release of information are observed so that the correct information is being disseminated to the people of PNG," Mr Manning said.

A man from Papua New Guinea is reported to have become Laos' 11th confirmed case of covid-19.

Local media reports say that the 55-year-old is an employee of a mining company.

The man reportedly travelled from PNG to Singapore on March 22nd. The following day, he arrived in Laos via Thailand.