Tropical Cyclone Harold has increased to a monster category 5 cyclone with sustained winds close to its centre of 215km/h according to the Vanuatu Meteorology service.

The system is moving slowly in a north north-easterly direction at 7km and extreme weather will be felt in parts of the Vanuatu group as the system continues to move closer. 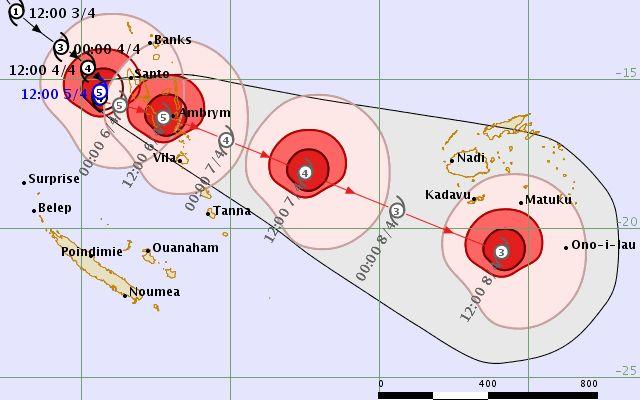 The Vanuatu Meteorology and Geohazards Department said maximum sustained winds close to its centre are estimated at 215km/h, with gusts up to to 235km/h.

The National Disaster Management Office said the provinces of Sanma, Penama and Malampa are on Red Alert while Torba and Shefa are on Yellow Alert.

Heavy rainfall and flash flooding over low-lying areas and areas close to river banks including coastal flooding is expected these provinces.

The Disaster Management Office advised people, including those in sea-going vessels, not to go out to sea within affected areas until the system has moved out of the area.