A New Zealand citizen, who is currently unemployed, is struggling to return back home from Tonga due to border closures.

Richard Fruean is a former food factory worker from Hastings, Hawkes Bay, but since resigning from the job, has moved to Auckland to live with his parents.

Mr Fruean flew to Tonga at the beginning of March to be with his wife and to file her and their daughter's residency papers to live in New Zealand. 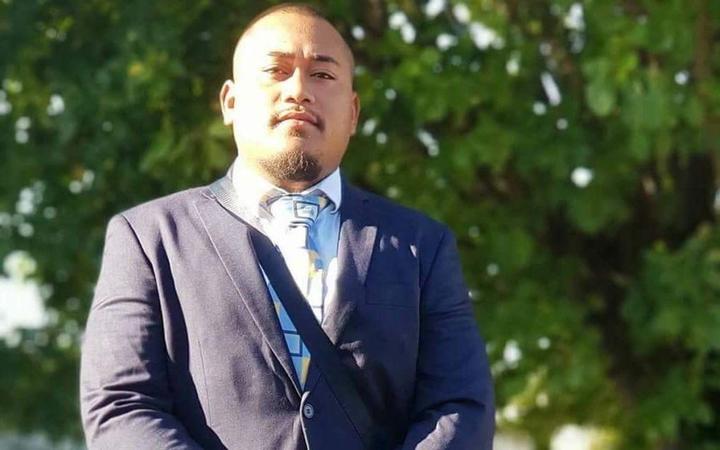 New Zealand citizen, Richard Fruean is trying to get back from Tonga. Photo: supplied

However Mr Fruean was unable to board his return flight back to New Zealand on 31 March due to the borders being closed in Tonga until 6 April.

Mr Fruean said he was worried he would be charged by Tongan immigration for overstaying his visit.

"I contacted the New Zealand High Commissioner office in Tonga and they advised me that they would have to contact immigration about my concern."

"The office said I should be fine to be an over-stayer in Tonga due to the current circumstances with the lockdown and border closures, but I told them my biggest concern is that if I get charged for over-staying, I won't be able to pay for it because I resigned from my job back in New Zealand."

"The office did warn me that I might get a fine for over-staying, but I am still waiting for the confirmation from both them and the immigration. The only problem with that is the immigration in Tonga are closed due to the lockdown, so I don't know when I will find out my fate."

Mr Fruean said he just wanted to be able to extend his visa so that he was visiting Tonga legally.

He faced another hurdle when arranging his return back to New Zealand with Virgin Australia.

"The flight centre in Hastings where I booked my flight for Tonga contacted Virgin Australia about my situation and was told they were closed until June, so therefore could not do anything about my return flight from Tonga to New Zealand until then."

"I had to explain to the flight centre that I wanted to come back to New Zealand immediately especially seeing I was due back at the end of March because I wanted to look for a job to earn money to pay for my bills, but they told me that I couldn't get a refund for my return flight and instead would get airfare credits for a future flight."

"The thing is I was hoping to use the refund money to book a flight with Air New Zealand to come home once the borders open, but now I have to think of another plan."

The New Zealand High Commission office in Tonga told RNZ Pacific that according to the government of Tonga's Travel Advisory Six , the Ministry of Health was seriously concerned about the high risk of importation of Covid-19 into Tonga due to the significant health impacts it would have.

"Tonga is in a state of emergency. New Zealand citizens stranded in Tonga should register themselves on the Safe Travel website to be alerted of any news of possible flights being arranged by the New Zealand government."

"The New Zealand government is working tirelessly with foreign governments to address the issue of New Zealand citizens being stranded off shore."