The principal electoral officer in Vanuatu says his team is aiming to have the official election results ready by next Friday. 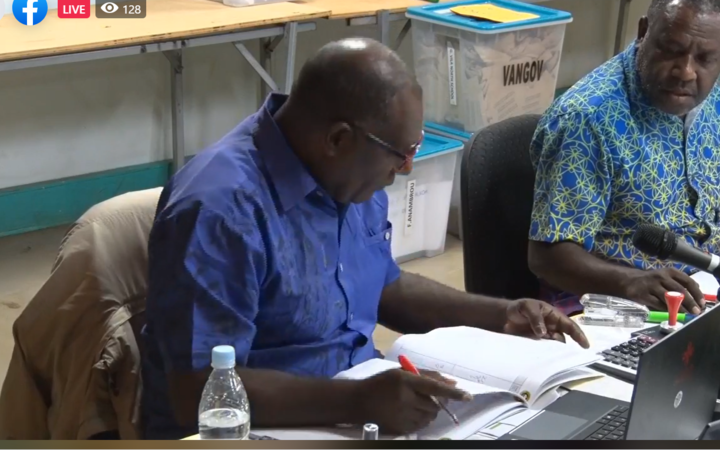 A brief moment of banter between officials. Photo: VBTC

Joe Iati said his team had got through five of the 18 constituencies this week including Torba, Banks and Torres, Port Vila, Luganville and Malo and Aore.

This year's election had seen a lot of setbacks for the electoral commission, from extreme weather delaying polling in the north of the country, to the sudden death of its chairman last week.

But Mr Iati said his team was committed to delivering a result as soon as humanly possible.

"Normally counting takes about two weeks but we are trying our best. I put a deadline that before the 10th of this month (April) we should have an official declaration."

To try and ensure transparency while abiding by the social distancing measures introduced under the government's State of Emergency due to Covid-19, the entire process was being livestreamed, a first for Vanuatu.