American Samoa's governor has shared his disappointment with the US President Donald Trump over the failure of the federal government to organise a flight for US citizens stranded in Samoa, forcing the territory to sort it out despite a lack of quarantine facilities.

In a 25 March letter, Lolo Matalasi Moliga wrote that during the curent crisis, American Samoa had made tremendous sacrifices by exposing its residents to the spread of the Covid-19 when it was asked to help Americans in distress.

Earlier the governor allowed the Norwegian Jewel cruise ship that had been turned away from numerous other ports into Pago Pago, because it was running out of fuel and would not have reached its destination in Hawai'i.

Lolo told Mr Trump that American Samoa came to its rescue because he would not forsake "my fellow Americans in spite of the danger to our people."

He also said the US State Department's failure to make arrangements to evacuate Americans stranded in Samoa, "compelled me once more to sacrifice the lives of Americans living in American Samoa by allowing stranded US citizens to travel to American Samoa" on 24 March to catch a Hawaiian Airlines flight to Honolulu.

Lolo stressed the territory didn't have quarantine facilities except for a makeshift 12 room temporary structure. There were also issues surrounding testing because the Center for Disease Control, CDC, disqualified American Samoa, claiming the lack of a certified lab facility.

"My disappointment lies in the failure of CDC to provide an alternative testing tool so we can determine our level of coronavirus infection. We could not test the Americans who came over from Samoa," he said.

Lolo said he had petitioned the US Embassy in Samoa to wait to bring the stranded Americans from Apia to Pago Pago "to limit the ground time before their departure" on Hawaiian.

He explained Samoa's decision to shutdown their borders forced the evacuation of Americans to Pago Pago "increasing the potential level of exposure of our people to the coronavirus."

"Mr. President, American Samoa is making monumental sacrifices to save our Americans in distress and in harms way," he wrote. "We need your help Mr. President."

The governor's letter didn't say how many Americans were evacuated from Samoa, but the governor's office said there were close to 50 who were housed at two local hotels, with the US State Department is footing the bill.

Since the writing of the letter, the US Interior Department announced a coronavirus stimulus package which included at least $US55 million for US-affiliated islands in the Pacific for "economic and pandemic" aid. 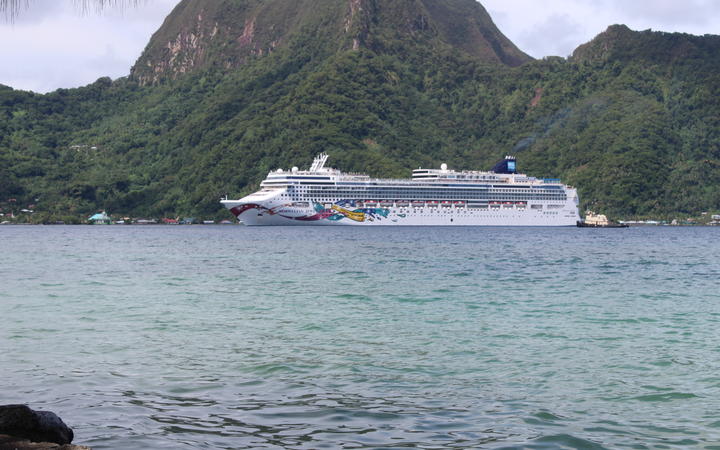