The Cook Islands News reports the upgrade will coincide with the introduction of new laws giving health authorities the power to control people's movement.

Prime Minister Henry Puna said 'Code Yellow' was prompted by the increasing number of cases in New Zealand, to whom the Cook Islands had not closed its borders.

"I note with grave concern the threat of the rapidly increasing numbers of people diagnosed with this virus in New Zealand."

Mr Puna said a patient suffering from pneumomia symptoms in Rarotonga was evacuated to New Zealand on Tuesday.

He said two other people with symptoms were in quarantine at their homes, one of whom recently returned from overseas.

Samples from the two had been sent to New Zealand for testing but no cases of the coronavirus had yet been confirmed in the Cook Islands.

Meanwhile Cook Islanders were being encouraged to stay at home where possible.

The next step on the scale, Code Red, imposes mandatory self-isolation.

Both Prime Foods and the Cook Islands Trading Corporation, or CITC, were urging customers not to panic-buy as they had plenty of stock.

At Prime Foods, only 10 customers were allowed in the store at a time for a period of 20 minutes each.

Children were banned from the store, while chairs were available for customers waiting outside.

CITC also minimised the number of people allowed in store and asked them to stay one and a half metres apart.

Both companies were providing hand sanitiser for customers and were sanitising shopping trolleys and baskets.

CITC general Manager Gaye Whitta said the country would not run out of food as it had just been stocked by two cargo ships.

She said another ship was due in two weeks.

"The island will be fine so people do not need to panic buy. We encourage our customers to buy a few extra tins of food to store away just in case the government goes to Code Red," Ms Whitta said.

"We are now setting up a system to pre-package the majority of our produce to minimise the handling of the product should we go to Code-Red." 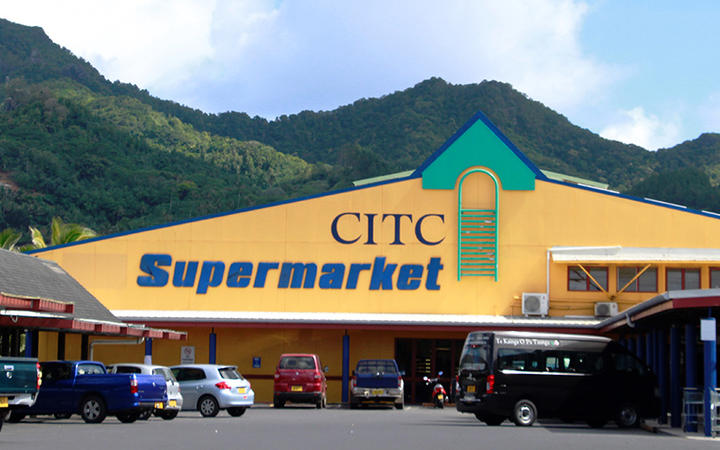