Police in Samoa say they have captured one more prison escapee with 15 of around 29 who staged a mass breakout from the Tanumalala prison last night still at large.

Police have issued photos of those who are still at large but warn the men are dangerous and the public should refrain from approaching them. 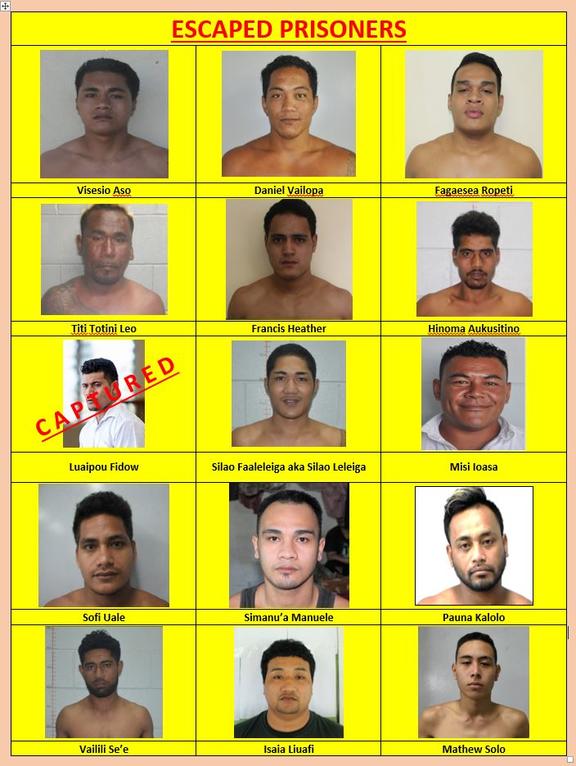 Mugshots of 14 of the 15 prisoners still at large. Not shown here is escapee Lupe lelevaga. Photo: Samoa Police

The police commissioner Fuiavailili Egon Keil was forced to recall all off-duty police officers to help with the ongoing manhunt.

A source at the Tupua Tamasese Meaole hospital said around 20 prison officers were brought in for medical treatment with injuries reportedly caused by altercations with prisoners during the escape.

The hospital made a public appeal for blood donations around 11pm last night.

At least two of the inmates still at large, Daniel Vailopa and Silao Leleiga, have been involved in prison breaks in the past.

Police have warned villages close to the newly-built prison as well as the wider community to be alert for any suspicious persons or activity in the area.

They appeal for anyone with information relating to the escaped prisoners to contact +685 22 222 or report to the nearest police station.

Police have warned villages close to the newly-built prison as well as the wider community to be alert and to report any suspicious activity in their area.