Ten bodies have been recovered from a landslide which buried 12 people in Papua New Guinea's Western Highlands. 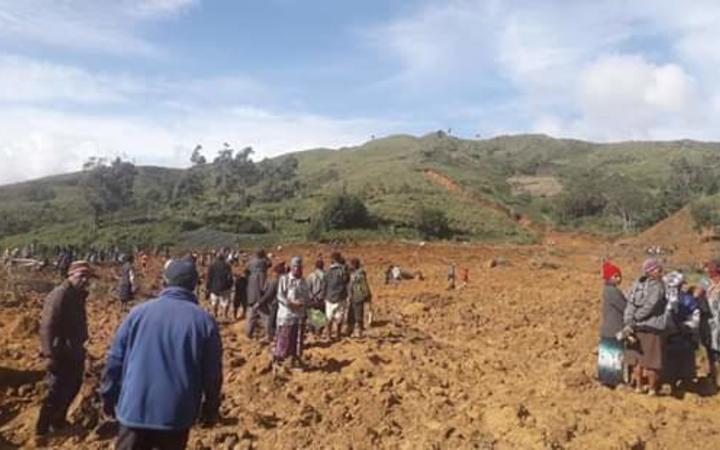 District administrator Phillip Talpa said an excavator was quickly sent to the area with help from police and the local community.

"They were able to dig out 10 bodies. Two are still believed to be buried under ground. The excavator is already on site, digging a few sites that they believe the bodies are hidden under."

Mr Talpa said that with ongoing rain, there was a high risk of more landslides occuring in the area's hilly surrounds in coming days.

He had advised local villagers to move away in the meantime, to stay with relatives or friends in other areas.

"They can see that the top of the other mountain where the landslide occurred... pieces of earth are falling down and it's still unstable up there.

"So they can witness that. So they are definitely relocating to the nearby other villages."

Mr Talpa estimated that 1000 people had been affected by the landslide through damaged or destroyed homes and crop gardens, injury or loss of life.

According to him, provincial and national authorities had been informed of the disaster, but there was no guarantee about the level of assistance which may be forthcoming.