The Manumā Samoa rugby team have gone into self-isolation in Auckland after returning from their Global Rapid Rugby season opener in Perth.

The squad, which is primarily made up of Samoan-based players, left New Zealand on Thursday and returned to the country on Monday, with new travel restrictions introduced by the New Zealand government requiring them to self-quarantine for 14 days. 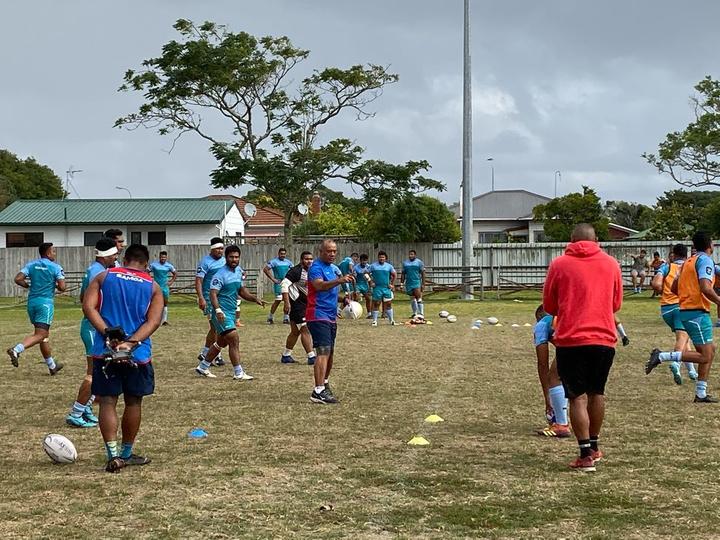 Pacific Rugby Players CEO Aayden Clarke has been in contact with Samoa Rugby Union CEO Faleomavaega Vincent Fepulea'i and said it was a very tough situation.

"We can't get in front of them to spend some time doing education," he said.

"We're just trying to make sure that they're occupied but over and above that also making sure their friends and family rest assured that the players are being looked after, that they're having good communication and that they'll be home as soon as they can."

Rapid Rugby chief executive Mark Evans announced on Sunday it was suspending the current season because of COVID-19.

Manumā Samoa were overwhelmed 52-27 by the South China Tigers in their opening round fixture on Saturday, despite having led 18-17 at half-time.

Being one man down doesn't phase Manuma Samoa as they rush over for this try. #RapidRugby pic.twitter.com/RaAa0ybypJ

Aayden Clarke said fortunately the team is still able to interact with each other during their self-isolation.

"They're sort of isolated out by themselves doing a bit of training, doing some activities, just trying to keep busy as everything unfolds."

Pacific Rugby Players Aayden Clarke said rugby competitions all around the world are taking different approaches to Covid-19 and his organisation is working with players in a range of countries.

"It's been a really busy last 24-48 hours talking with players in Italy, in France and understanding what's happening around Camargue and the players being looked after there," he said.

"We've got the MLR (Major League Rugby) in the United States so we're in constant contact with the players there and a lot of them are looking to come home," he said.

"And also in the new South American competition there was sort of five Pacific Island players that went through there on the back of the Pacific Combine and we're just taking measures at the moment to look to get them home before borders close and so-forth.

"It's not an easy task because also flights have obviously dropped back and heading in transit through countries that requires visas for Pacific Island players it's not easy." 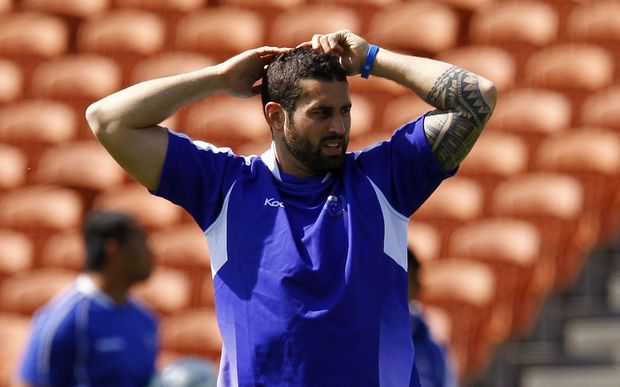 Pacific Rugby Players was involved in negotiating the contracts for players in the Manumā Samoa and Fijian Latui teams, which had been expected to provide three months worth of income.

Aayden Clarke said the coronavirus pandemic is new territory for everyone and will require some compromise.

"Contractually we've been working through with both unions and Rapid Rugby about resolving those [issues]," he said.

"Really unfortunate that the competition's going to be falling short but we're making sure we come to a reasonable ground in terms of players who are non-professionals being able to return to work and in the meantime still being paid out parts of their contract."

The Pacific Nations Cup, which is scheduled to kick-off in July, is also likely to be affected by the coronavirus pandemic, while April's Rugby World Cup repechage qualifier between the Samoa and Papua New Guinea women's teams is likely to be another casualty.

Aayden Clarke said this unprecedented situation will require some innovate thinking about what rugby looks like in the months to come.

"We're just reassuring players that we're here providing support all the time and just giving them information as best we can," he said.

It's no time to panic - I think everybody realises the issues are greater than sport and we're all taking measures here to try and contain what we're dealing with and just keeping occupied.

Guys want to play rugby, they want to be out there earning a living but it is what it is at the moment and we're just trying to make sure everybody makes sensible decisions."