One of Rapa Nui's moai has been badly damaged by a vehicle in an accident. 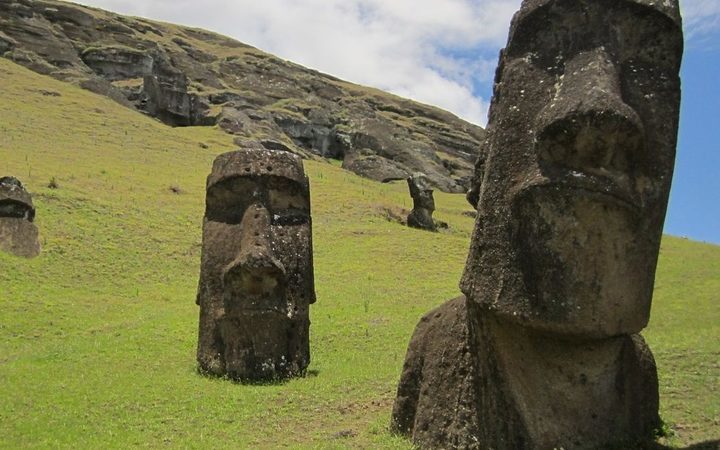 CNN reports a utility vehicle crashed into one of the stone figures, damaging both it and the ahu, or platform, it was perched on

Authorities in Rapa Nui, or Easter Island, say break failure caused the vehicle to roll down a hill and into the statue.

The vehicle's owner was arrested.

The President of the Rapa Nui community, Camilo Rapu, said local people were saddened and outraged by the accident.

The accident was damaging to their culture because moai represented Rapa Nui's ancestral figures.

Rapa Nui's mayor Edmunds Paoa is calling for stricter regulations to prohibit vehicles from driving near the moai on the UNESCO World Heritage-listed island.

There are about 1000 moai in total, but concerns about tourists climbing on the statues to be photographed have mounted over recent years

Mr Rapu said the local community appealed to visitors to the island to respect the moai and Rapa Nui culture.