Police in Samoa have referred the weekend death of a man and a woman, following a petrol station fire, for a coronial inquiry. 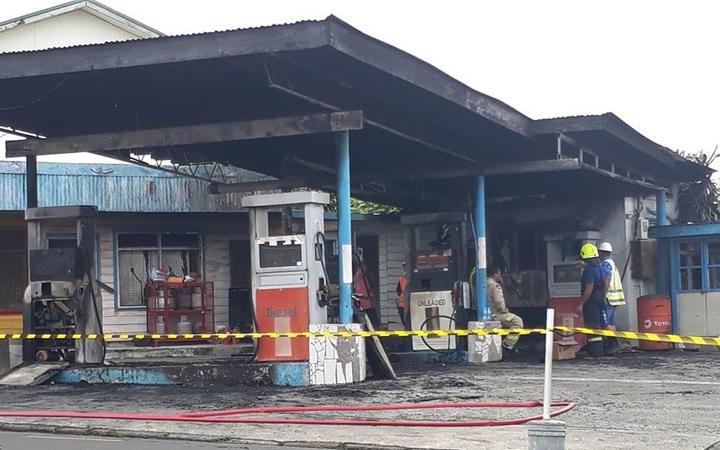 Police Commissioner Fuiavailili Egon Keil said the incident was a domestic dispute between the couple.

Police said the woman was stabbed multiple times before her husband set fire to the petrol station and killed himself.

Meanwhile, an online media operator who was stopped by a police officer from filming the fire is under police investigation for attempting to offer money to bribe an officer.

It is alleged the bribe was offered in order for the operator to continue filming.

The Samoa Journalist Association has filed a complaint to the Samoa Media Council for a separate inquiry against the operator.

Police issued a warning of possible prosecution for anyone who posted videos or photos of the dead couple.