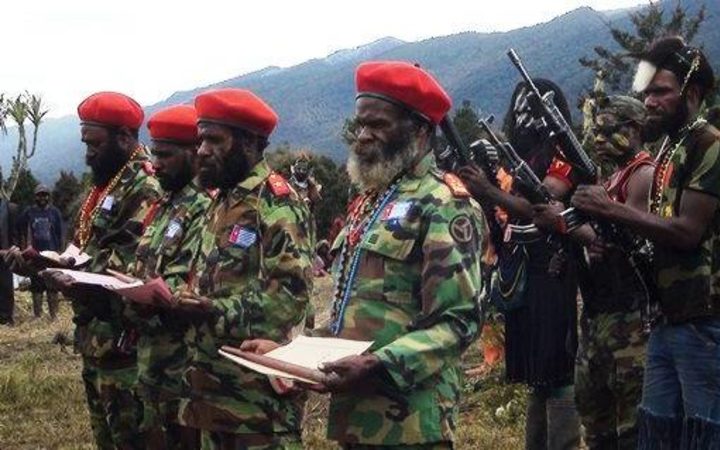 The West Papua National Liberation Army claims responsibility for a series of attacks on security forces in the Indonesian-controlled territory since last week.

A Liberation Army spokesman said its guerilla forces in Tembagapura shot dead an Indonesian soldier at the weekend.

He also said the fighters attacked a police vehicle on Monday, injuring up to eight personnel, in Tembagapura on the road to the Freeport gold and copper mine.

The Liberation Army, which is targeting the mine operations in its war on the Indonesian state, claims a Papuan civilian was last week shot dead by Indonesian military in a gold-panning area of a local river.

Papua's Police Chief Paulus Waterpauw said his forces were looking to arrest the Liberation Army's forces in Mimika, and its chief commanders in Papua.

Violent exchanges between the Papuan forces and Indonesian joint military and police personnel have intensified in Nduga since late 2018 when the Liberation Army massacred at least 17 road construction workers.