The US billionaire and Democratic Party presidential hopeful, Michael Bloomberg, has sent representatives to American Samoa to drum-up support in the party's territorial caucus. 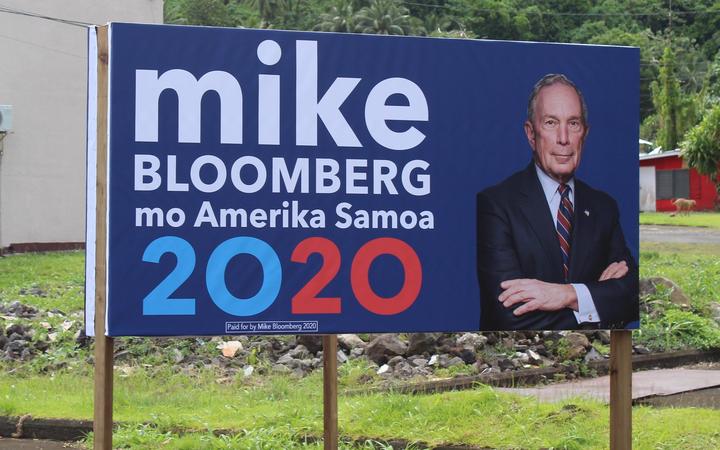 The caucus is in Pago Pago.

To ensure Mr Bloomberg is visible to local members of the party, his campaigners have erected mid-size billboards at several locations on the main island of Tutuila.

Mr Bloomberg's representatives also held a Teacher's Townhall meeting in Pago Pago on Friday in which educators and the public were invited to discuss educational issues in American Samoa.

According to the party, the territorial caucus starts with registration and voting, and later the selection of American Samoa's delegates to the national Democratic Party convention later this year, where a candidate will be selected to run against the Republican President Donald Trump.

The territorial caucuses are the only chance for American Samoans to have a say in the US presidential race.

Persons born in American Samoa are US Nationals under federal law but cannot vote in presidential elections.