Papua New Guinea sailor Te Ariki Numa is following in his dad's footsteps after qualifying for the Tokyo Olympics. 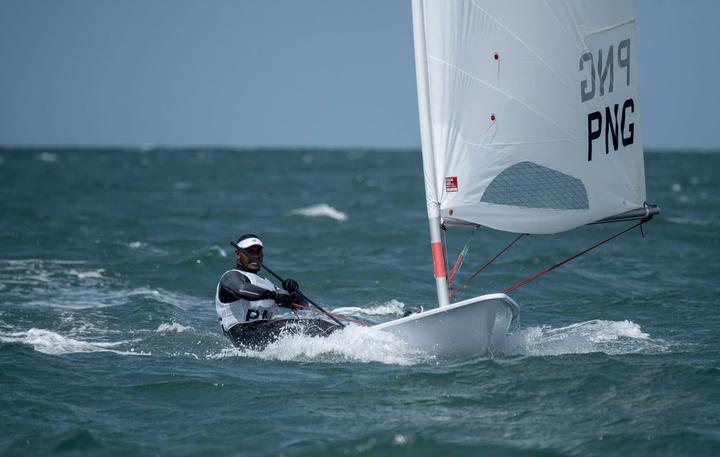 Competing at the World Laser Championships, which ended in Melbourne on Sunday, Numa finished 40th in the bronze fleet with 378 points from 12 races but found out two days into the week-long event that he had booked his ticket to Tokyo.

"They said one spot was given, but the other wasn't guaranteed yet," he said.

It capped a successful week for Pacific sailors, with Eroni Leilua becoming the first Samoan sailor to qualify for the Summer Games.

Despite finding out he had qualified early on, Numa said he still gave it his all in the remaining races.

"Into the fourth day I had real bad lower back pain, my arms started to hurt so bad, my body started to hurt and I had tears in my eyes through a couple of races just trying to quit but I just had to be mentally strong to finish all my races." 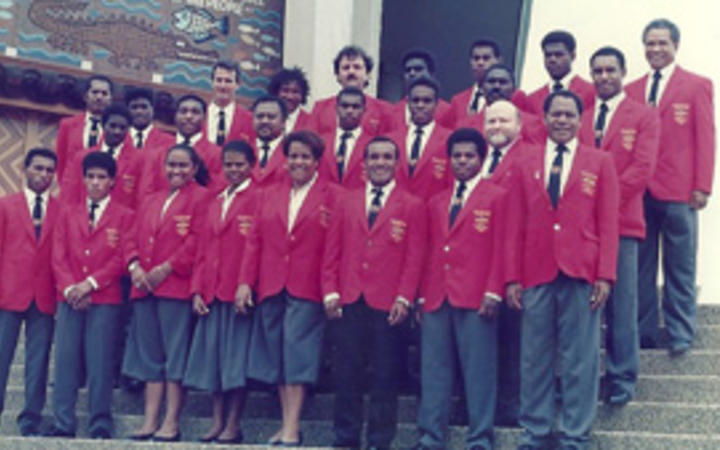 It's been 28 years since PNG have been seen sailing at the Olympics - a record held by Te Ariki Numa's father, Graham Numa, who represented the nation in windsurfing at Seoul in 1988 and Barcelona in 1992.

The two-time Olympian instilled a love of sailing into all 10 of his children, but it was his ninth child and youngest son Te Ariki to be the first to qualify on the world stage.

Te Ariki Numa said the Olympic dream was a family affair but it was one that he owed to his dad.

"My dad set this goal so high for me and he set the bar so high and now I've hit that bar I'm just so happy to get over that bar now and I think it's just the greatest feeling ever, especially making it to the Olympics and adding to my dads record of going to the Olympics twice." 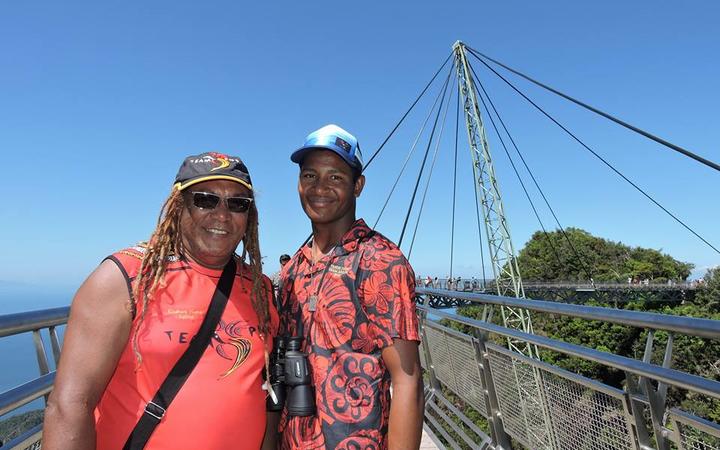 The journey to qualifying for Tokyo has been no easy task for Te Ariki Numa. Prior to the 2019 Pacific Games, he lost one of his biggest supporters, his grandmother. The PNG team was then dropped from the Laser Radial mixed team events leaving him and his sister to race in individual events.

He admits to "almost giving up" on numerous occasions following doubts of his ability to qualify, and then another blow with the passing of his aunty, who was also PNG's sailing team manager.

"That was the biggest set-back ever. I had to really think about continuing and thought maybe the Pacific Games was my last event and to hang up the wet suits."

"[Losing] my grandmother... that was one of the things that really woke me up. She was one of those people that everytime I'd sail she'd be like 'sail strong, be like the old man and sail strong,' and that has been something that really stuck with me.

"And then a few weeks prior to the Worlds, I lost another very special person in my life, my dad's younger sister, my aunty who was like a mum to me and played a huge role in my sailing career and I think she would be really proud and be celebrating this moment with me right now."

Numa was convinced he was going to focus on work and life outside of sailing, but couldn't resist the opportunity at giving it one last go with two Oceania spots made available to qualify at the Melbourne event. 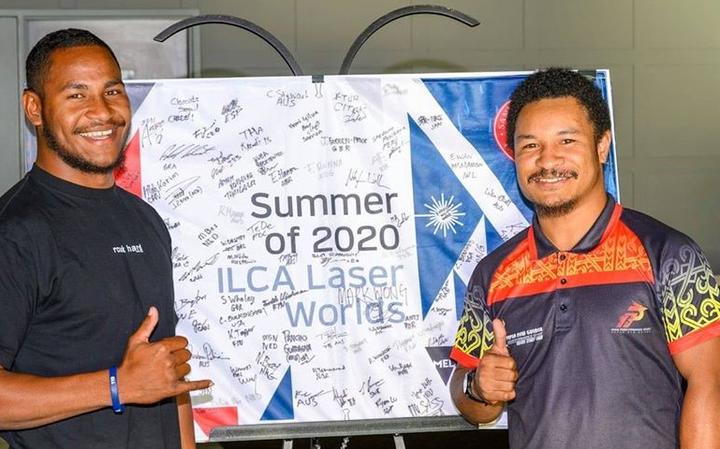 "I just had to do it. I knew I just had to put my body on the line and I have very good friends and a really good support crew and family who have really pushed me when I've been down... that's made a huge impact on my career and made me do my best," he said.

Te Ariki Numa's focus is now on Tokyo and making his mark for his dad, his family and PNG on the Olympic stage - a journey he'll be sailing with his dad.

Graham Numa said he was thrilled and excited for his son.

"He was not even born when I went to the Olympics so just thinking about it, it is so humbling and I am so proud of him," he said.

"That really warms my heart because to see one of my kids go to the Olympics, it's a credit to him and it's been a long time coming. He's been working on this for nearly 10 years now... his older siblings are also involved but we are fortunate to see him achieve this."

The Numa family won't be booking their tickets too soon, with another family member - Graham's daughter and Te Ariki's sister - Rose-Lee, racing for another Olympic spot in Melbourne's 2020 Laser Radial Women's World Championships this weekend. 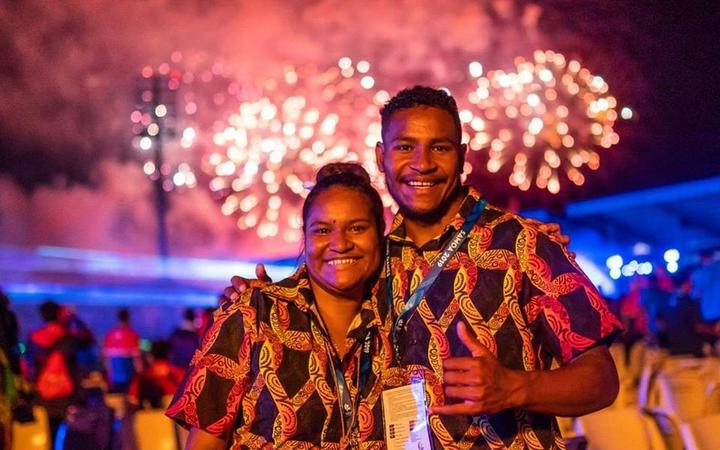 Te Ariki Numa said he was excited to go on this Olympic journey with his family.

"I just want to go to the Olympics now and see what it's like... I'm exited to get there and to do this with my family - we're going to Tokyo." 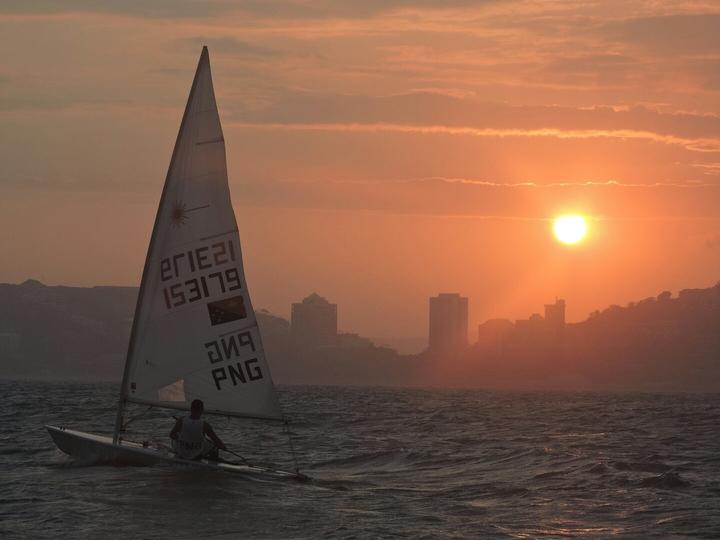