The regional MP for Bougainville in Papua New Guinea says delaying local elections is no longer an option. 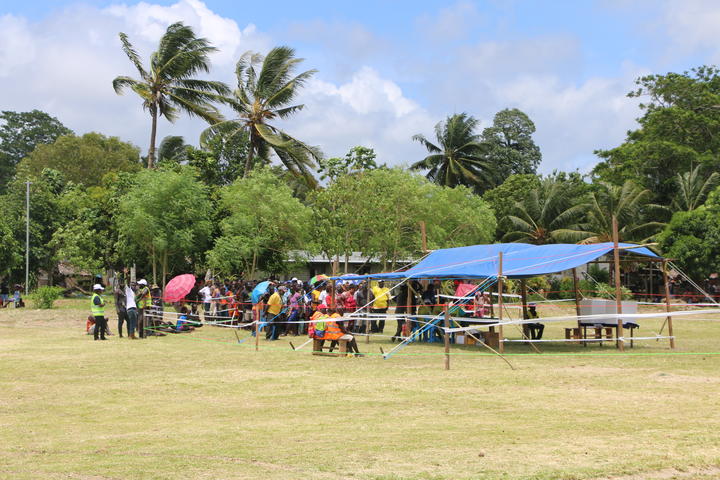 This comes after PNG's Minister for Bougainville Affairs told Parliament the autonomous region's elections, scheduled for June, should be deferred.

An overwhelming majority of Bougainvilleans voted for independence, but the result needs to be ratified by PNG's Parliament to come into effect.

However, regional MP Joe Lera said it was too late to postpone the regional election.

"Because the constitution has already given dates, and according to the parliamentary standing orders it won't be possible, because to make constitutional amendments, it goes through readings with two months intervals. So they don't have the time." 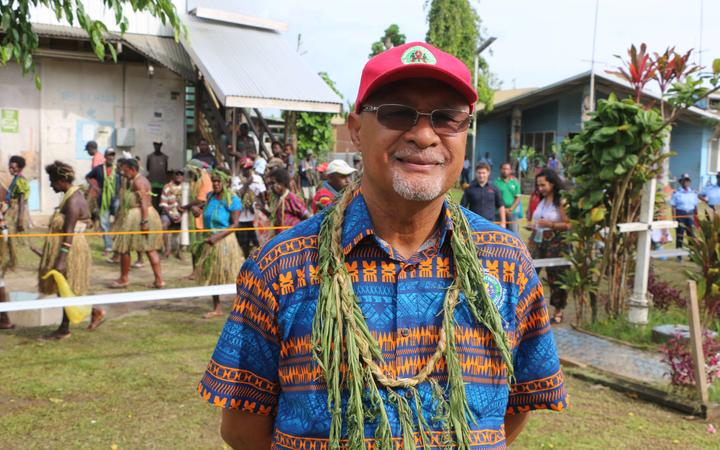 In his speech in Parliament, Sir Puka said consultations between PNG and Bougainville over the referendum result would start after the regional elections.

However, according to Mr Lera, meetings related to the areas of negotiation as well as the time frame for the consultations and eventual ratification had already begun.

Those areas are expected to be further discussed next month at an upcoming meeting of the Joint Supervisory Board, the body of representatives from both PNG and autonomous Bougainville governments overseeing implementation of the Bougainville Peace Agreement.

The board will meet in Arawa on 6 March, co-chaired by PNG's prime minister James Marape and the president of the Autonomous Bougainville Government, John Momis.

Top of the agenda for the meeting is the announcement of the members of the post-referendum transition taskforce.

The taskforce will drive the consultations between the two governments on the implementation of the referendum result.

MPs in PNG's national parliament have the final say on whether Bougainville's independence is ratified. Photo: RNZ / Johnny Blades

The Marape government said it had heard the clear voice of Bougainvilleans on their independence aims and would adhere to the Peace Agreement.

But Sir Puka told Parliament that PNG's constitution did not provide for secession or separation of any part of the country, casting more doubt on whether national MPs would allow Bougainville to become a separate sovereign nation.

Mr Lera said the government appeared to be favouring a negotiated outcome where Bougainville did not obtain outright independence, but had a wide range of powers to administer its own affairs while staying connected to the PNG state.

"But on the ground [in Bougainville] it's the opposite. People want no less than independence," Mr Lera said.

The MP admitted he didn't know how the national government would convince Bougainvilleans to accept anything less than full independence.

He said the overwhelming majority vote in the recent referendum gave Bougainvilleans strong grounds to fight for their independence.

"And I think that they will fight," he said. 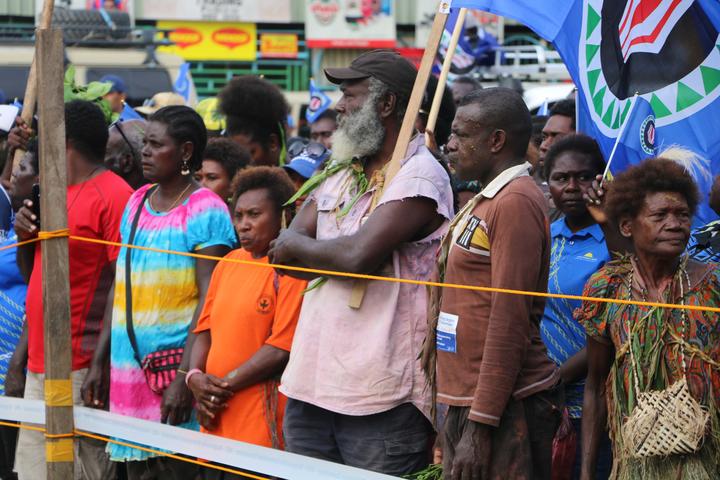 A 97.7% majority of Bougainvilleans voted for independence from PNG Photo: RNZ / Johnny Blades

Regional MP to run for president

Meanwhile, Mr Lera said he planned to resign as an MP in order to contest the Bougainville regional elections as a candidate for president of the autonomous government.

He said the Autonomous Bougainville Government, or ABG, was in a mess, with a structure which placed it at odds with Bougainville's four MPs in the national Parliament.

"The kind of structure we have here makes us enemies, they see us as enemies for the ABG," he said.

"The ABG is the legitimate government on the ground with 24 powers, and the four of us (MPs) have a mandate but no 24 powers to lead on the island.

"That's one reason why I'm resigning. I felt that I'm wasting my time in national politics."

The ABG president had far more capacity and resources than the regional MP to work for the benefit of Bougainvilleans, Mr Lera said.