That's according to a recently released report from the Australian National University, or ANU.

The 2019 election was an important one for the country because it was the first under its new electoral act introduced in 2018. It was also the first since the mid-2017 departure of the Regional Assistance Mission to Solomon Islands. 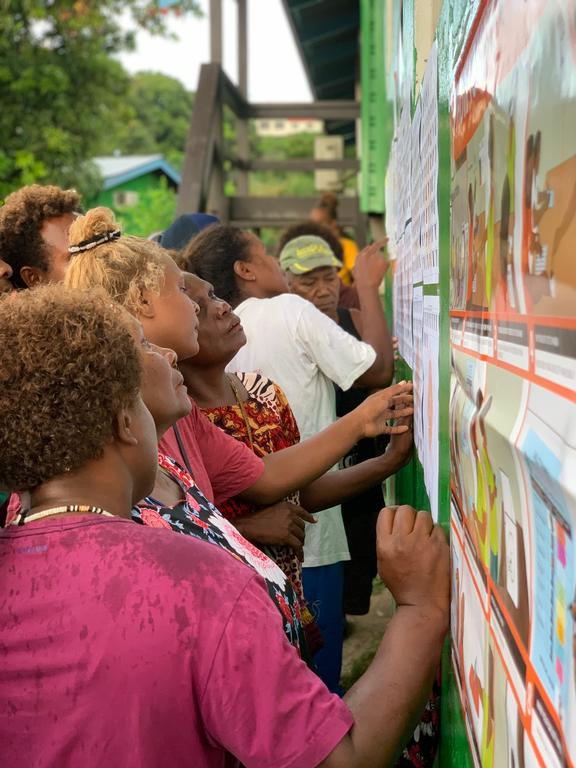 It concluded that the election was, for the most part, conducted in a peaceful manner and that expectations of a free and fair election were generally met.

However, some observers witnessed election candidates handing out benefits such as cash and material goods on the eve of the election - known locally as the 'Devil's Night'.

The head of the ANU observer team, James Batley, said most of the voters interviewed were clear about expecting direct benefits from their elected representatives.

"These can be all sorts of benefits such as material goods such as roofing iron or outboard motors. Solar kits also benefits not just to their household but to their village or to their community in terms of upgrading infrastructure like clinics or schools," Mr Batley said.

Mr Batley said that focus on benefits was reflected in some of the irregularities in the voter registration process.

For instance, more than 50,000 people applied to change the place where they were registered to vote.

"Because they were looking for greener pastures in terms of more responsive members of parliament.

"So, this has become quite a phenomenon in the election that almost one in eight voters changed the constituency that they were registered in."

The report contains a comprehensive list of recommendations, including removing barriers to the participation of women, and stopping MPs from using constituency development funds for personal and political gain. 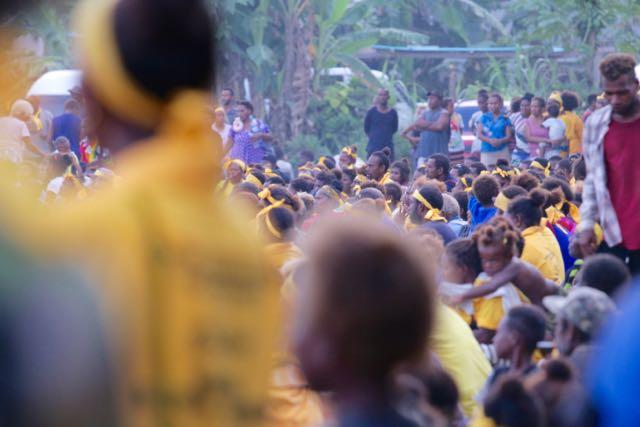 Crowds flocked to political rallies all across the country over the weekend ahead of the Solomon Islands election Photo: RNZ Pacific/ Koroi Hawkins

The head of the Solomon Islands' Electoral Commission, Mose Saitala, said some of the recommendations would be resolved by reforms already in the pipeline but others, which fall outside of the commission's jurisdiction, needed to be addressed.

"Like their observations on the effect of the CDF - Constituency Development Funds, it is something that the wider country, the wider government and the parliament should take note of because of how in the future CDF might influence the shaping of politics in Solomon Islands," Mose Saitala said.

The funds come from the government's development budget, giving each of the country's 50 MPs up to 10 million Solomon dollars annually to spend in their constituencies.

The report said the way the funds were spent appeared to affect the re-election prospects of MPs, with a higher percentage retaining their seats as the funds had increased. 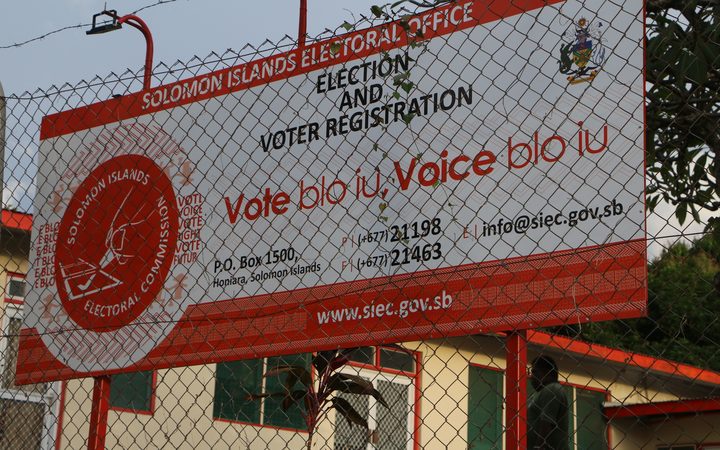 But while the focus of the commission's reforms and the ANU report centres on electoral systems and procedures, the head of Transparency Solomon Islands, Ruth Liloqula, said the root of the problem was that the majority of people did not understand the power they had in a democracy.

"Because they are ignorant of the power that they hold, they are easily bought and as far as they are concerned it is not important to them.

"But that education that civic awareness probably is the most important, it is the basis and the foundation of our democracy," she said.

Mr Batley said he understood where Ms Liloqula was coming from but civic education was outside the scope of the ANU study.

"You know to the extent that that is seen as a problem by Solomon Islanders, by civil society groups such as Transparency and other groups, certainly the data is there for them now to pursue advocacy and campaigning on their part.

The next general election for Solomon Islands is scheduled for 2023.