A Samoan artist in her eighties, who is currently exhibiting in Auckland, hopes to encourage more Pasifika to explore their creative talents. 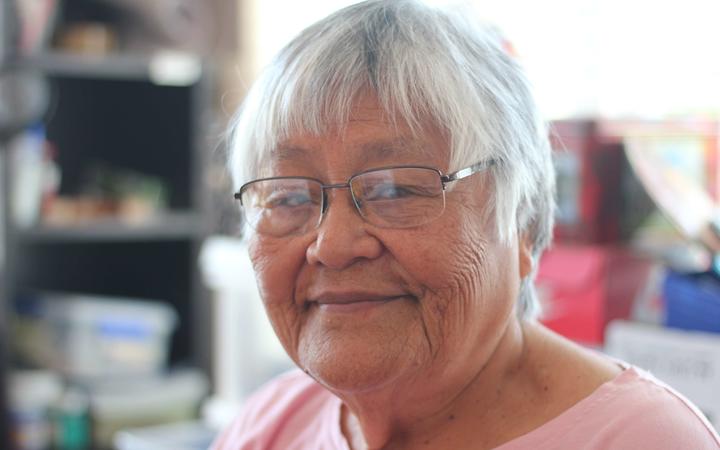 Pusi Urale, 81, is celebrating the female form in her exhibition Mafine being held at Te Uru Waitākere Contemporary Gallery in West Auckland.

For her solo exhibition, Urale has dabbled in acrylic paintings on canvas exploring abstract painting and pointillism, a technique of painting in which small, distinct dots of colour are applied in patterns to form an image. 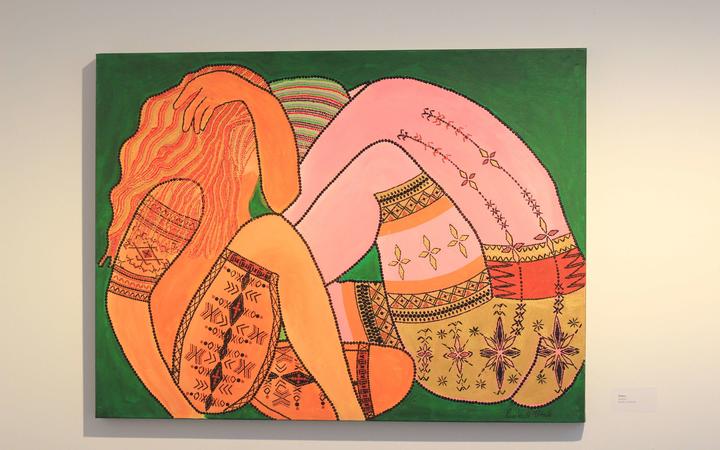 Urale, who is based in Auckland, said her inspiration for the exhibition stemmed from her daughter Sima's documentary work about velvet painting.

"I paint the woman naked, the woman with a baby, a pregnant woman, all kinds of forms," she said. 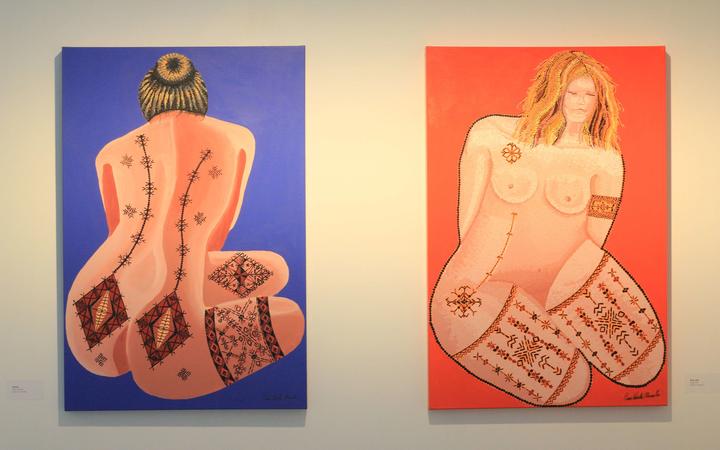 Urale has been blind on the right eye for 30 years and her left eye is not as strong as it used to be.

She said her eyesight had not stopped her from painting but she had had to improvise ways to be able to work.

"I bought myself a table easel to see if that would help with my work, but it doesn't, so I have tried using equipment to help me see my work better."

Urale has been a practising artist since her husband died in 2014.

One of her daughters, Natasha Urale-Baker, said the new chapter in her mother's life had been positive and added value to the Pacific art circle.

"She is seen as a kaumātua, an elder to the young Pacific artists across New Zealand. She's like a mentor to them all as well as their nana who asks about their work, how their family are doing, what's new in their children's life and so forth."

"When you come to New Zealand in 1974 with five children, one in your belly, to make a living you have to be a hard worker. That is what mum is and the younger generation in art respect that." 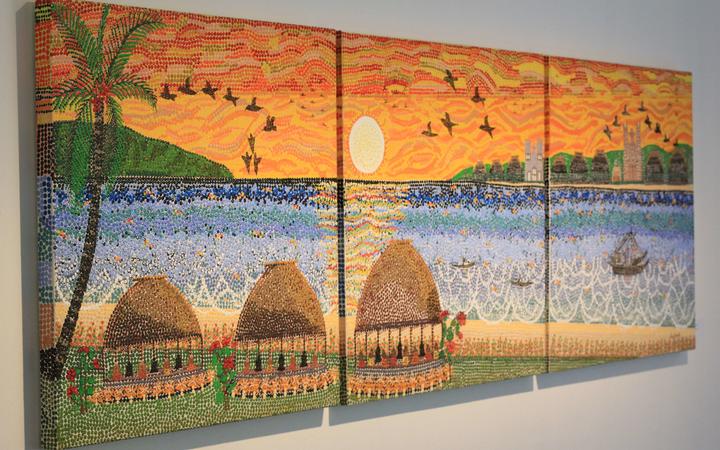 Te Uru Contemporary Gallery director, Andrew Clifford, said the response from the public had been enthusiastic.

"People have just really responded to the vibrancy of it, but also the amazing story and just the idea, which I think a lot of people hope for, aspirations that we can be just as lively and vibrant as Pusi is at that age.

"It's quite inspiring for people to see an exhibition of work from an artist in her eighties and going strong."

Mr Clifford said Urale had always spoken about the need for opportunities for older people - especially Pasifika - to delve into art.

The West Auckland gallery is hosting workshops led by Urale to encourage more participation in the arts.

"She has spoken very interestingly about opportunities for older artists and for them to spend time together and do workshop and classes and how many opportunities is or isn't is targeted to that demographic.

"And I thought 'we've got a very active education department here. It'd be so much fun to do a show with Pusi' and if we can wrap some shows around that, which we will be doing, that'll be very interesting thing to weave into it."

Pusi Urale has being a finalist in the Wallace Art Awards in 2017 and 2018 and sold most of her paintings in her previous solo exhibition on the first day.

The exhibition runs until 1 March. 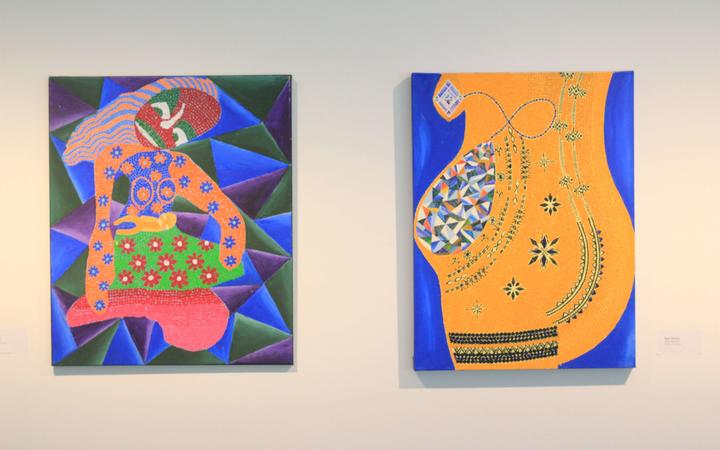