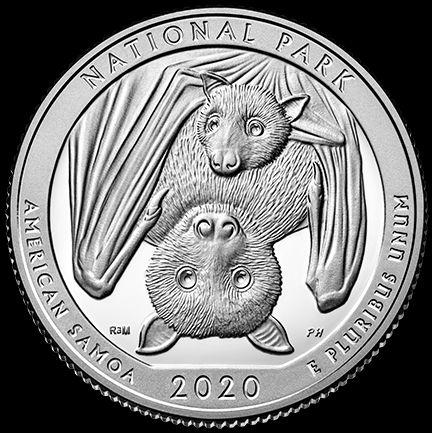 The new US coin with an image of the American Samoa fruit bat, or Pe'a. Photo: U.S. Department of the Interior

The United States Mint is launching a new coin that honours the National Park of American Samoa.

The image on the quarter shows a Samoan Fruit Bat, or Pe'a, hanging in a tree with her pup.

The National Park of American Samoa is the only park in the US that the Pe'a calls home.

A ceremony to launch the coin will be held on the 13th of February at Utulei Beach Park.