More than 100 people from Auckland's Pacific community have achieved their goal of gaining a driver's licence - free of charge. 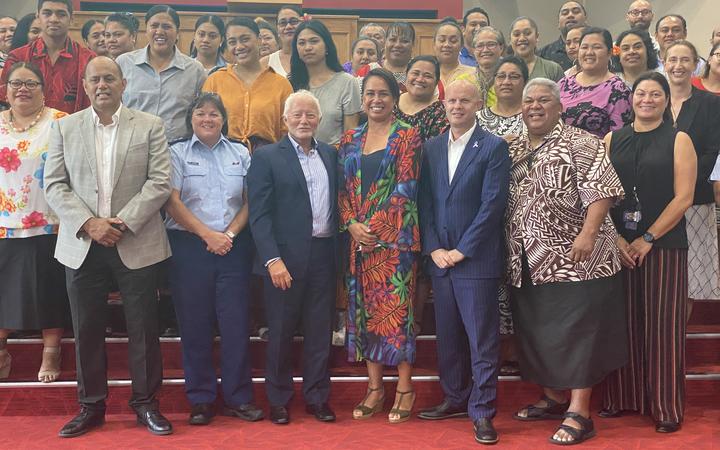 Guests with some of the graduates at the celebration in Mangere. Photo: RNZ Pacific/Christine Rovoi

Their success came through a new programme supported by government agencies and business leaders in the city.

Pacific community churches helped to identify people who needed to learn how to drive, and those who were driving without a licence.

A ceremony marking the group's graduation was held in Mangere last week.

Employment Minister Willie Jackson said the aim of the 'Licensed for Success' programme was to help Māori and Pasifika gain employment and to reduce driving infractions.

"It's a wonderful event to see so many young Pasifika people getting their licences," he said.

"And if they don't get themselves licensed, they can get themselves into a heck of a lot of trouble. But when they get their licences, it changes their lives."

"We're committed to ensuring that our communities are thriving and that our people are reaching their full potential."

Mr Jackson, who's the associate minister for Māori Development, also worked with the Manukau Māori Authority - which also had its own driving school.

Many young Māori and Pasifika people could not get their licences due to a variety of reasons: "They're restricted economically, they don't have the opportunity. They don't have the access. But we've removed a lot of those barriers," he said.

For those who were unsuccessful, they still had the opportunity to return to the programme, he said.

The government had invested about $NZ1.8 million into the programme, the minister said.

For Samoan grandfather Iopu Faivalu, it has taken him more than 10 years to get his driver's licence.

The 63-year-old, who hails from Toamua Village, arrived in New Zealand in 2009. Mr Faivalu and his daughter, 16, were among the group of 128 people who received their licences. His daughter gained her learner's licence. 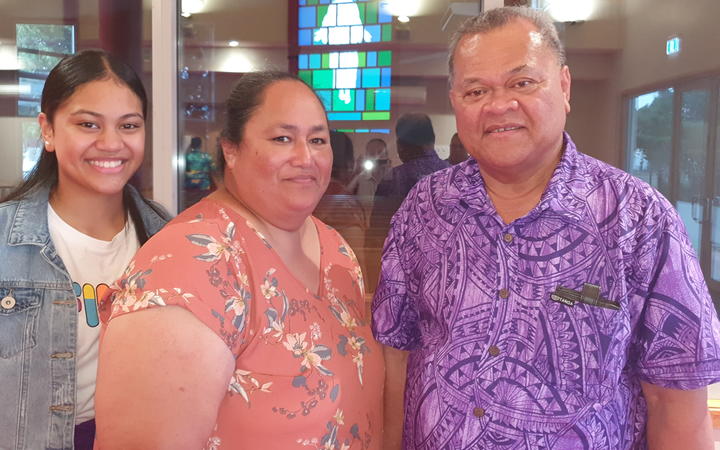 Speaking through an interpreter, Mr Faivalu urged Māori and Pasifika people to get their driver's licence.

"It's really important for us to comply with the laws and to be on the right side of the law," he said.

"This is part of a bigger programme in Auckland that has also seen 1900 drivers under 25 gain their licence since July 2019," he said.

"Government agencies and Auckland business leaders are working to ensure that in Auckland more than 3000 people gain their driver's licence by the end of June 2020."

But a senior leader from Auckland's Pacific community said many of his people did not understand the importance of having a driver's licence.

Reverend Victor Pouesi was among church leaders who helped identify those who needed help.

He believed there was a lot of misinformation in the community, which had led to confusion and fear.

"There's information there. They're given the opportunity to learn about this information but it's just ignorance, and sometimes it's because of the language barrier.

Sometimes it could be a cultural barrier.

"But these are the things that we have to work together to make sure that we know why that information is not filtering down to the grassroots level. Why people down here don't understand what's happening up there." 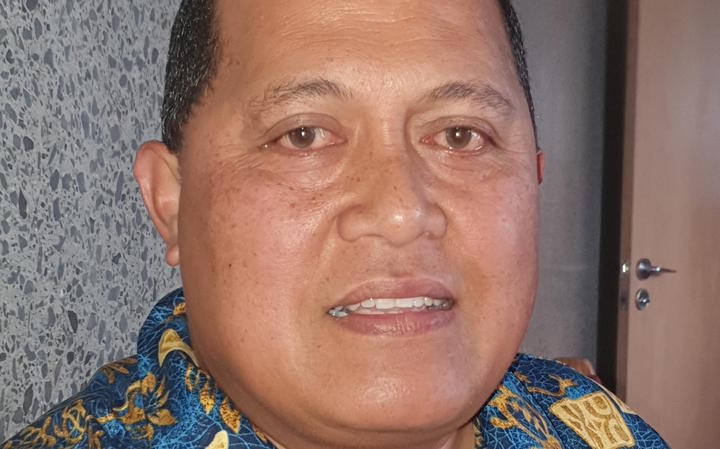 Rev Pouesi urged church and community leaders to work closely with the government agencies to help Māori and Pacific people.

"It's that kind of lack of information and people following their uncles or aunties and what they said without listening to the people behind the law and explaining to them properly."

Auckland Chamber of Commerce chief executive Michael Barnett said the graduates now had the opportunity to help their families and community.

"We know that if a person has a licence, they have seven times more jobs available to them," he said.

Inspector Willi Fanene, the Pacific Responsiveness Manager for Tāmaki Makaurau, said they worked alongside church leaders to identify those who could benefit from the programme.

"We're pleased to see such a positive response from the Pacific community," he said.

The 'Licensed for Success' initiative involves the Ministry of Social Development, Police, Ministry of Justice and Auckland Business Chamber of Commerce.