A wind-powered trimaran, built to service Tonga's outer islands and commissioned by King Tupou VI in 2017, is struggling to find suitable crew. 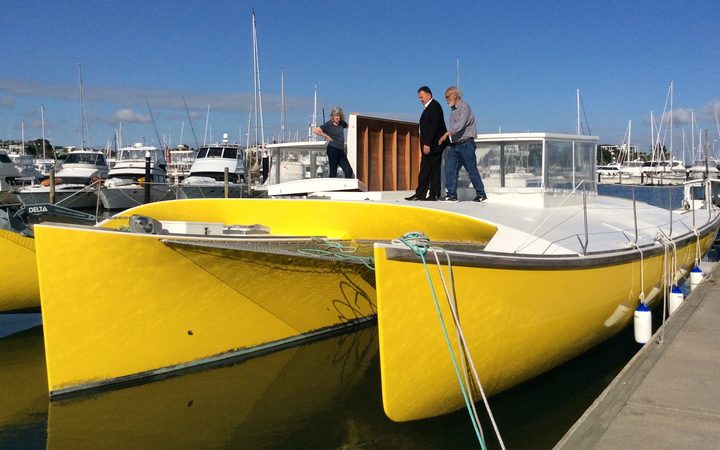 The 'Utuma'atau before its launch. Photo: MFAT

The 50 foot vessel, 'Utuma'atau, has been out of operation a number of times since its launch after being damaged by Cyclone Gita in 2018 and most recently when it was smashed by another vessel, which had broken its moorings in Nuku'alofa harbour.

The 'Utuma'atau launch was greeted with much anticipation with the man behind the project, academic and former Tonga MP, Sitiveni Halapua saying it would change the lives of people in areas like the far northern islands of the Niuas.

At the time, he said the boat would take about 48 hours to sail the 600km to the Niuas and would be able to carry 12 people and two tonnes of cargo.

Mr Halapua said the vessel had now been repaired after its latest mishap and it was undergoing sea trials.

But he said training new crew was a critical factor now and was of concern.

"We need a proper crew with sailing experience.

"It is something we don't have in Tonga and it's very difficult, extremely difficult, to find young people or people who are interested," he said.

"So, that's another thing that I have learned from this project that we have to start teaching young graduates from high school in the arts of sailing."