Majuro - In the midst of mounting global concern about a coronavirus that officials in China say has caused the deaths 15 more people, the Marshall Islands issued a travel advisory Friday night banning travelers coming directly from the People's Republic of China, where the virus originated.

"Any traveler with travel originating from or transiting through the PRC must spend at least 14 days in a country not affected by 2019-nCoV (the World Health Organization's designation for the new coronavirus)," said the travel restriction issued Friday by Marshall Islands Health Secretary Jack Niedenthal.

"In the event a traveler arrives in the Marshall Islands within the 14 day period, entry will be denied," it said. 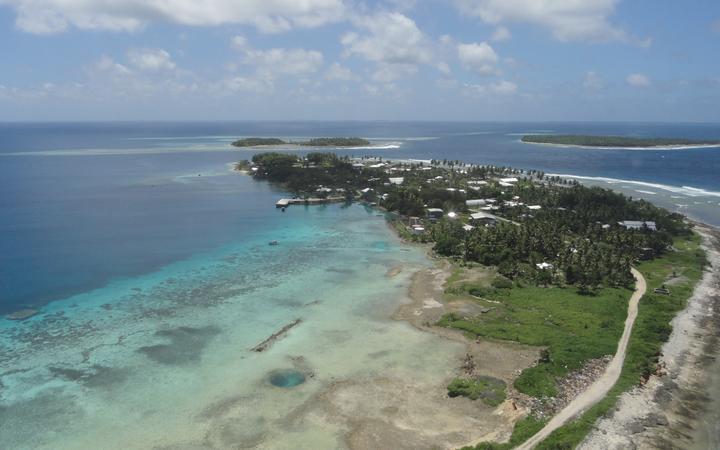 Jaluit, one of the remote atolls in the Marshall Islands. Photo: Giff Johnson

People sickened by the virus that originated in Wuhan, China have been identified in Taiwan, Thailand, Japan, S. Korea and the United States.

More than 1200 people are confirmed to have contracted the virus in China with the death toll already over 40.

Hundreds have been admitted to hospital and the Chinese government has taken unprecedented action to shut down travel from Wuhan and other cities in an effort to halt the spread of the virus.

This all comes as China begins celebrations of the Lunar New Year, one of the busiest times of the year for travel in the country.

"It is strongly recommended that all persons intending to travel to PRC or other affected countries postpone their travel arrangements," said the new travel advisory issued by the Marshall Islands.

"This is a rapidly evolving situation, with new developments daily," said Niedenthal. Despite screening the US and other countries have started at airports, "no one has a way of foolproof screening for the coronavirus," he said.

Niedenthal said in addition to wide consultation with medical staff at the Ministry of Health and with top-level officials from multiple government ministries, he and other health officials consulted with World Health Organization officials prior to issuing the new travel advisory. "We had WHO lawyers helping us," he said.

The new virus "is pretty scary for us," Niedenthal said. "We had an outbreak of influenza A that was putting people in the hospital. The new virus goes to pneumonia really fast." He said the two hospitals in the Marshall Islands would be unable to handle the new virus.

The Marshall Islands has been in a state of health emergency since last August fighting an ongoing dengue fever outbreak that has mounted to over 2,100 cases as of earlier this week. It suffered an influenza outbreak in November and December that resulted in hundreds of islanders being hospitalized. And the ministry in November ramped up its measles immunization outreach in response to the outbreak in Samoa, that caused over 80 deaths, and measles outbreaks in several other Pacific nations.

"The Marshall Islands can't afford to deal with four outbreaks at once," Niedenthal said in announcing the new travel restrictions.

He pointed out that Asian countries and the United States are more prepared to deal with global outbreaks like the coronavirus. "They have the medical facilities, isolation wards, and specialist medical people," he said. "We don't even have an isolation room at the airport in Majuro."