The European Union's new ambassador for the Pacific has presented his credentials in Vanuatu. 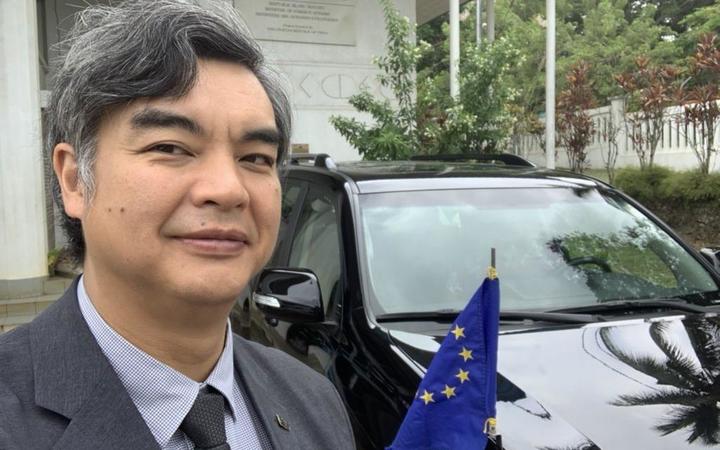 Sujiro Seam presented his letters of credence to the President of the Republic of Vanuatu, Moses Obed Tallis in Port-Vila.

According to Mr Seam, they had an in-depth discussion covering taxation, illegal fishing and passports.

The EU sought a closer relationship with Vanuatu beyond development co-operation, to gradual integration in the global economy and deepening political dialogue, he said.

Proud to have presented my letters of credence to HE the President of the Republic of #Vanuatu and to be fully accredited as Ambassador of the #EuropeanUnion to Vanuatu. pic.twitter.com/NpH9USoyN1

''Vanuatu is a key partner for the EU in the Pacific. Our close friendship with Vanuatu has helped solidify our shared interests, values, security and prosperity.

"The EU is and will remain a friend of Vanuatu on climate change, resilience, biodiversity, ocean, human rights and peace and security,'' he said.

Mr Seam is a French citizen. He, his wife and their two children have moved to Fiji, where his role is based.