New Caledonia has begun checking on travellers in response to the coronavirus outbreak in the Chinese city of Wuhan. 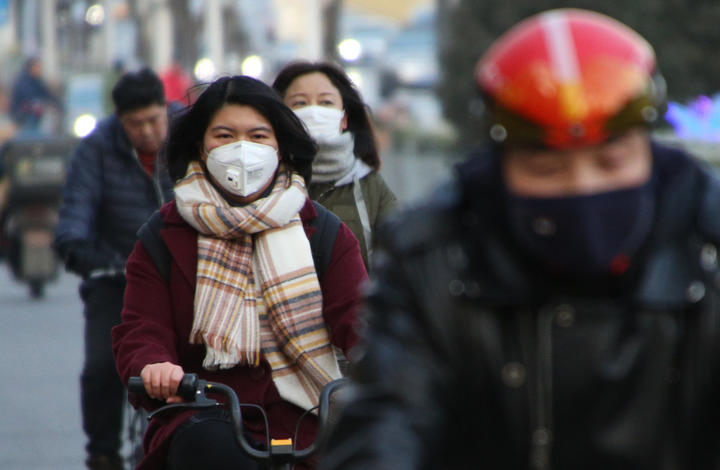 People wearing masks ride bycicles in Beijing on January 21, 2020. Wuhan city announced that another patient had died due to the mysterious SARS-like virus on the previous day. Photo: AFP

Anyone who arrived at Noumea's international airport after having been to China in the past month is being contacted by the health authorities.

Thermal cameras are being installed to screen passengers due to arrive on Sunday's scheduled charter flight from China.

People arriving by ship are being checked for respiratory illnesses.

Hospitals are co-ordinating policies should they need to take care of an infected person.

New Caledonia has no regular direct air links to China but has commercial contacts.

A Chinese team has arrived to dismantle the wreck of the Kea Trader container vessel, which ran aground off Mare in 2018.

During the 2003 SARS outbreak, New Caledonia introduced health checks at the border to minimise the risk of importing the virus.