French Polynesia veteran politician Gaston Flosse has failed in his appeal to the electoral commission to be registered as a voter in Papeete. 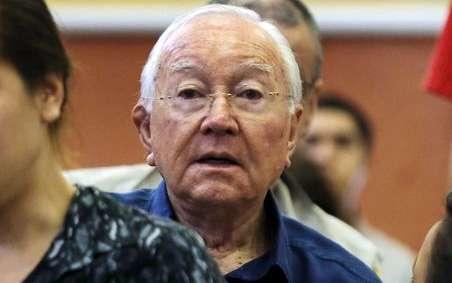 Flosse, who is seeking to re-enter politics in the March municipal election, had his voter application rejected last month and lodged an appeal.

The mayor of Papeete Michel Buillard had earlier written to the 88-year-old former president telling him his application was flawed on all relevant accounts.

Flosse however insists the mayor erred and he says he will pursue the matter through the courts.

He had said he wanted to contest the municipal election in Papeete because he was done with Pirae where he had the mayor for 35 years.

Last June, he and the current mayor of Pirae and president of French Polynesia Edouard Fritch were convicted and fined for abusing public funds.

Flosse was also given a suspended two-year jail sentence and had been banned from holding a public office, but the sentence has not been applied as it is being appealed.