At 4pm Fiji time today, the centre was located 230 kilometres north-west of Nadi with wind gusts of upto 130 kilometres an hour.

The cyclone is moving south but will turn south-east, and on its forecast track will pass adjacent to the main island Viti Levu and then across Fiji's southern islands, before heading towards Tonga's Ha'apai Group.

The Cyclone Warning Centre will continue to provide Tropical Cyclone Advisories, Alerts and Warnings for Tonga on the developments of Tropical Cyclone Sarai every six hours, advisories will be updated more often prior to its track closing into Tonga waters.

Fiji National University has closed all campuses because of the storm and the Fiji Red Cross has implemented disaster preparedness plans.

The FRCS team with the support from the International Federation of Red Cross and Red Crescent Societies are now conducting their disaster preparedness plans as the team gears up for the unexpected weather conditions that is currently affecting the Fiji Group.
#BePrepared pic.twitter.com/j7hZsyiCGZ

Large trees are reported to have been brought down in the Suva area blocking roads and flooding in the Northern Division and Rakiraki have caused road closures.

Travellers to, from and within Fiji should contact airlines or shipping companies to confirm details as there have been cancellations.

It said all regional agencies are on stand-by to respond where and as necessary.

The office said heavy rain may lead to flooding of low-lying areas and coastal sea-flooding is expected during high tides.

The office is advising people in these at-risk areas to move to higher ground or local evacuation centres.

There are currently 63 people at evacuation points in Tokou Village in Ovalau, Matawalu Church in Lautoka and Marata Hall in Wailoku. 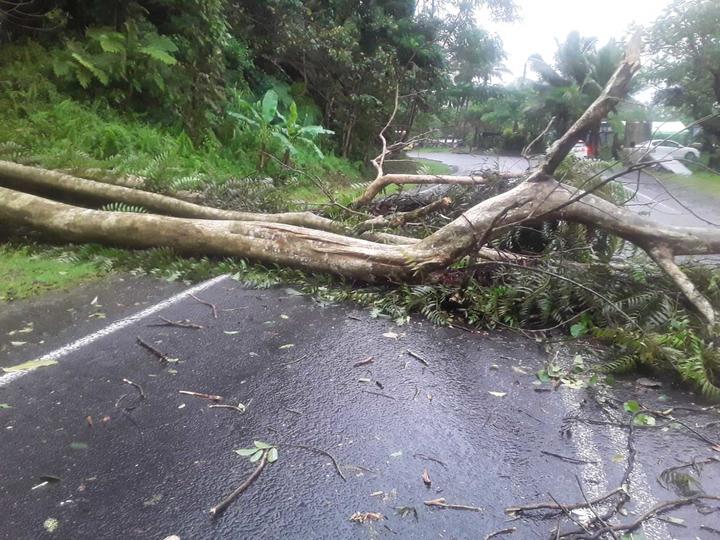