People are urged to remain on high alert as a tropical depression which continues to move closer to Fiji is expected to gradually intensify into a Tropical Cyclone this evening.

The Tropical Depression is moving at 10 kilometres per hour, according to the Fiji Meteorology Service.

PUBLIC ADVISORY 02 : TROPICAL CYCLONE WARNING/ALERT.
The general public are advised to take heed of the tropical cyclone alert/warning issued by the Fiji Meteorological Services.
In preparation, below are some tips that you can follow to prepare yourself and your family. pic.twitter.com/DiUDqQAsBg

The Director of Meteorology, Misaeli Funaki told Fiji Village said this system will move southwards and come close to Fiji and when it forms into a cyclone, it will be named Cyclone Sarai.

He said while the majority of the models are projecting for the system to move just to the west of Yasawa and Mamanuca Groups, some other models are showing that the Cyclone could come over Viti Levu later on Friday. 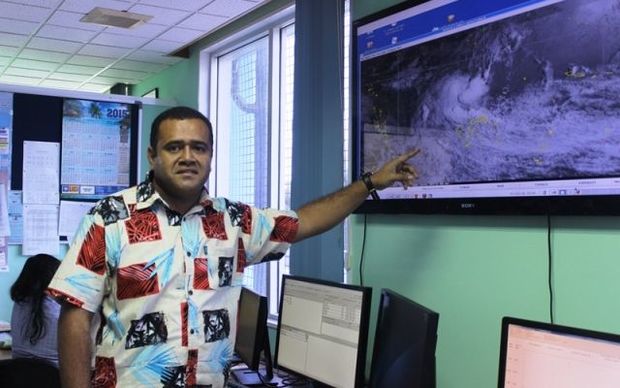 The Met Service said rain and thunderstorms will start developing over northern, central and eastern parts of the country from today.

A heavy rain warning remains in force for Vanua Levu, Taveuni and nearby smaller islands, Northern Lau group, and the Yasawa group.