It's unfair to ban an entire team of players for the actions of two individuals, says the Solomon Islands Football Federation.

The federation was fined $NZ10,000 and banned from competing in the next round of Under 17 Men's World Cup qualifying after Maxwell Keana was found to have breached the Oceania Football Confederation's Disciplinary Code by playing in five matches during the OFC U16 Championship in September last year, despite having turned 20 almost two months earlier. 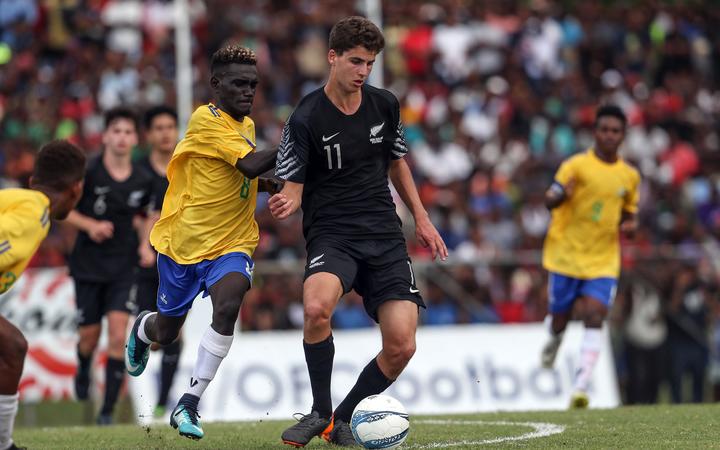 Maxwell Keana closes down New Zealand's Matt Garbett during the OFC Under 16 Championship in 2018. Photo: PHOTOSPORT

The sanctions come just 10 months after the OFC Disciplinary and Ethics Committee found another member of the Solomon Islands team, Chris Satu, was also overage.

President of Solomon Islands Football Federation William Lai said once concerns were raised they arranged for an MRI scan to help determine Mr Keana's true age and withdrew him from their squad that competed at the Under 17 World Cup in Brazil.

He maintains that his organisation was not to blame and the fault remained with the player for submitting fraudulent documentation to make it appear he was under 16.

"Once you get a passport, you need to go through those processes and the person, or normally the parent, need to abide by the process. In terms of us the federation, the passport, the legal documents, does not belong to us."

Since the use of false passports was uncovered, Lai said SIFF has introduced new security measures.

"After the incident we now do extra more in terms of the process to ensure the eligibility issue will never happen," he said.

"The important issue in this case is that we as a government body of football in the Solomon Islands, we have zero tolerance on the eligibility issue about age so therefore, while disappointed on the case, I think it's important that we have moved forward." 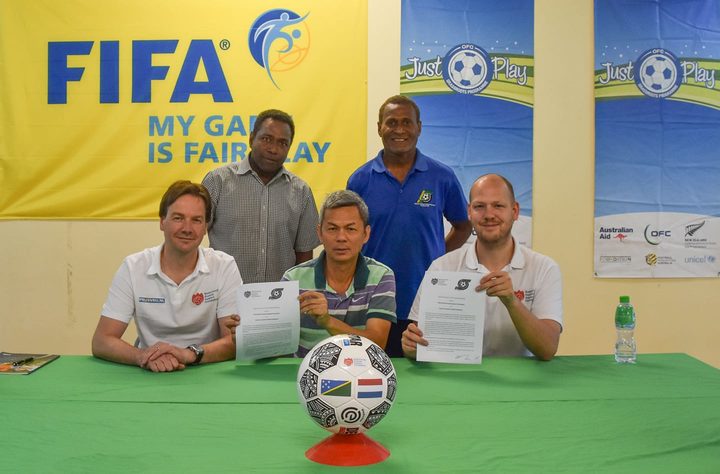 The decision to bar the federation from entering a team in the next OFC Under 16 qualifying tournament unfairly punishes an entire generation of Solomon Island players, who have not done anything wrong.

"It's very disappointed that, that's the news. I think the most important thing is, this case is all about the player himself and (his) family," he said.

"It spoils the future of our young kids - I mean, why victimise those generations."

SIFF is still considering whether to appeal the decision.