The Pacific Games Council is confident planning towards the 2023 Games in Solomon Islands remains on target, following a major milestone.

Honiara won the bid to host the Games three years ago but only secured land to build the new main stadium in 2018. 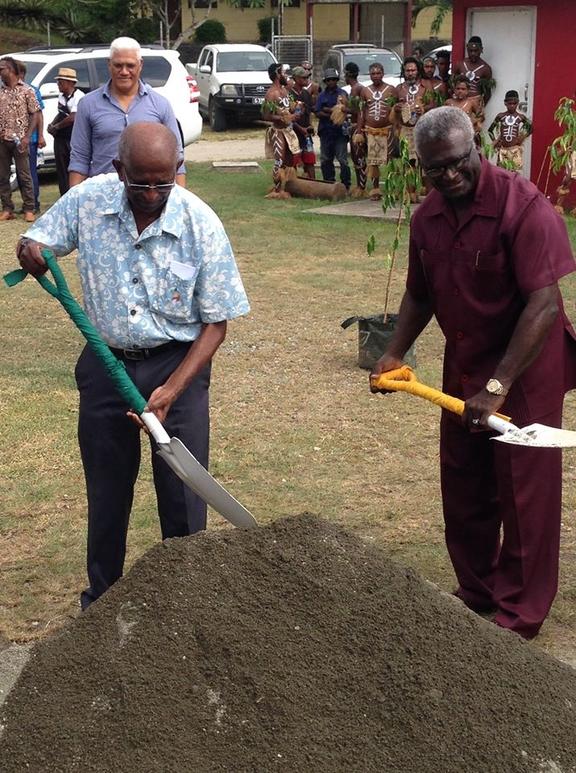 Ground was broken last week at the site of the new Solomon Islands National Sports Leadership Institute in Honiara, with the construction of other venues set to begin next year.

Pacific Games Council president Vidhya Lakhan said he was comfortable with the rate of progress towards the 2023 Games but acknowledged there had been some set-backs due to a shift in government support.

"Initially it was the Taiwanese government that was going to build the facilities but because of the shift from Taiwan to China, the Chinese government is now taking over the project," he said.

"Whilst I was in the Solomon Islands, there were a group of Chinese meetings hosting authority and people concerned with the staging of the games."

"The city has to be prepared to host them and do whatever is necessary to ensure that the athletes who come down are safe and secure and they have the opportunity to participate and excel in their chosen sport," explained the long-time council president.

Vidhya Lakhan said the expectation of the Games Council is that all new facilities will be built before the deadline.

"There is a considerable amount of development work that goes on, development in the sense that a lot of sporting facilities are renovated or built from the ground upward so that the competition they host will have, if not world-class, but top class facilities for the youth [participating in the games]," he said.

"So what they're trying to do is to build up a sports institute which should be ready by October of next year and that it will be the institutes responsibility to prepare most of the athletes in the different sports for 2023.

"Of course it will not only be for preparing athletes for 2023, but post 2023 games. It will still be there helping Solomon athletes for all future games."

The high performance unit will be the second accredited centre to be established in the Pacific.

Lead Technical Advisor Aaron Alsop said the services within the facility that would make a difference for athletes.

"It's important that we really work on developing good local people to operate these programs and services beyond 2023."

The Government's National Hosting Authority (NHA) recently met with the National Sports Council (NSC) and the National Olympic Committee of Solomon Islands (NOCSI) to ensure the all parties were on the same wavelength in working towards the successful delivery of the 2023 Pacific Games. 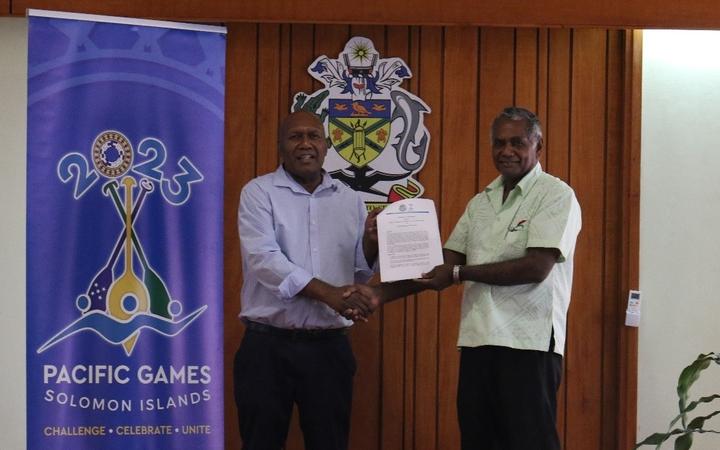 NHA Chairman, Dr Jimmie Rodgers, said it was a huge milestone towards the delivery of the 2023 Pacific Games and an investment for the people of the Solomon Islands.

"SINPF Board's decision is an investment on sports training facilities to sharpen the athletes and coaching skills and talents that should prepare them for international competitions," he said.

"It is important for NHA to work closely with NSC and NOCSI who will always be responsible for sports in the country."

Meanwhile the Solomon Islands and Indonesia have moved to strengthen ties through increased trade and investment opportunities, which is also set to have positive spinoffs for the sporting community.

The occasion, which was formalised in Bali last week, witnessed the signing of the grant agreement for the construction of a multipurpose futsal stadium for the 2023 Pacific Games.