Samoa has made their best start to the World Sevens Series in five years as they finished fourth on an emotional weekend in Dubai.

The Manu Sevens were pipped 19-17 by England in the playoff for third place after being outclassed 38-7 by eventual winners South Africa in the Cup semi-finals. 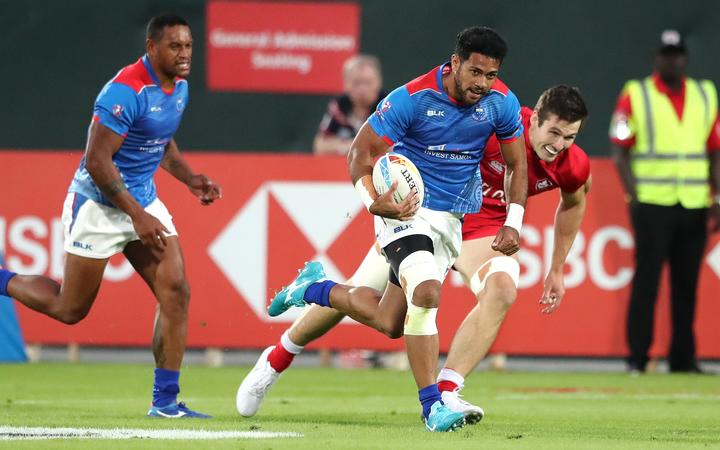 Samoa finished fourth at the opening round of the World Sevens Series in Dubai. Photo: Mike Lee - KLC fotos for World Rugby

Samoa had earlier beaten Australia 19-14 in the quarter finals after finishing second in their group behind tournament runners-up New Zealand.

Captain Tomasi Alosio was named in the tournament Dream Team as the Samoans recorded their best result in Dubai since winning the season-opening event in 2012.

It was also their best result in the opening round of a World Series campaign since finishing as runners-up on the Gold Coast five years ago.

It capped an emotional week in which the team dedicated their performances to the victims of the measles epidemic, which has affected so many back at home. 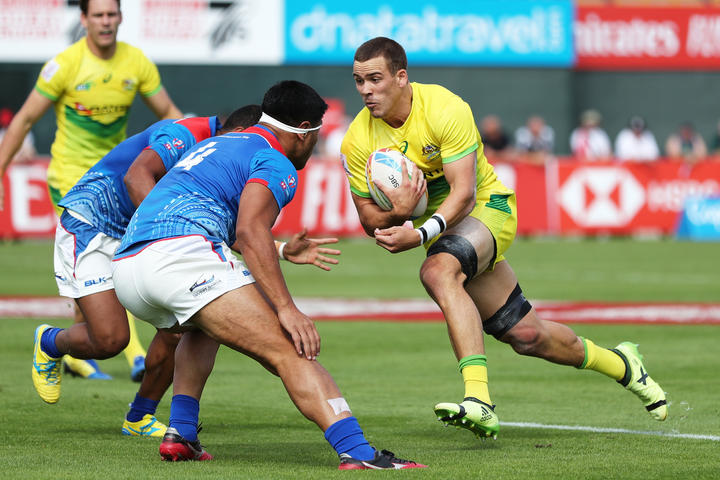 Australia could not get past Samoa in the Dubai Sevens quarter finals. Photo: Mike Lee - KLC fotos for World Rugby

Samoa and New Zealand were also awarded the 'Mark of Excellence' award after walking out together and sharing a prayer for the affected families before their pool match on Friday.

"It meant a lot to our country and we'd just like to acknowledge the kind gesture from our All Blacks Sevens brothers for just showing their heartfelt moment for us and our small nation of Samoa," Tomasi Alosio said.

"It meant a lot for us here in Dubai and especially our small proud nation back in Samoa."

Samoa and New Zealand join together in solidarity ahead of their match in Dubai, to pay tribute to the victims of the measles outbreak in Samoa pic.twitter.com/sPCgfDNhpv

"Like Masi said, we're brothers," he explained. "We're a Pacific Island as well, we're really close. [There are] a lot of Samoan boys in our team as well so close to home for them and it's the least we could do for our Samoan brothers."

Meanwhile, Fiji thrashed Canada 40-17 in the ninth place playoff to record their worst ever finish in Dubai, as South Africa laid an early marker by defeating New Zealand 15-0 in the Cup final.

Defending World Series champions Fiji, who haven't won in the UAE since 2016, missed out on the Cup quarter-finals in Dubai for the first time in the 21-year history of the World Series after finishing third in Pool A behind France and Argentina on points difference. 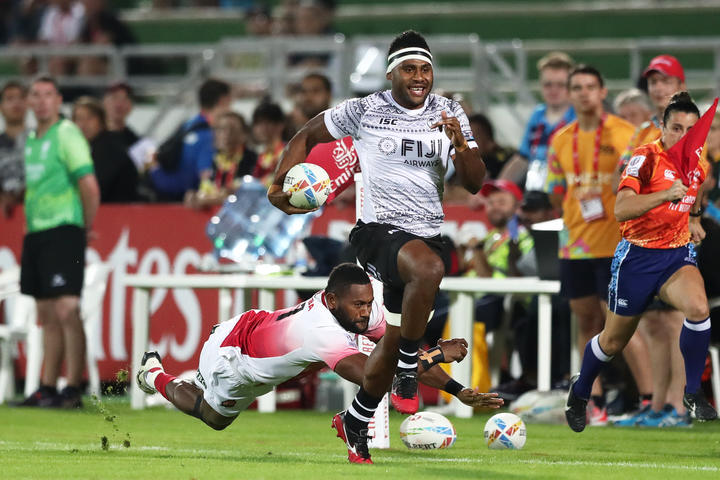 Vilimoni Botitu was yellow carded during the pool stage defeat by Argentina, which led to Fiji missing out on the Cup quarter finals. Photo: Mike Lee - KLC fotos for World Rugby

It was the first time the Olympic champions have failed to reach the Cup quarter finals of a World Series tournament since the final leg of the 2016/17 season in London.

Meanwhile, the Fiji women's team bounced back from a first-up defeat by Australia to finish seventh in Dubai.

The Fijiana drew 19-all with Spain in their second group match before beating Ireland 28-12 to secure their first win of the season at the seventh time of trying. 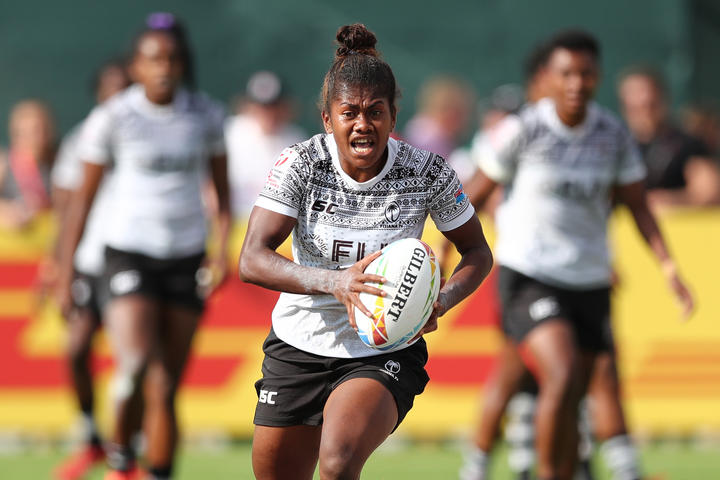 The Saiasi Fuli coached team were beaten 24-10 by defending World Series champions New Zealand in the quarter finals, who went on to beat Canada in the Cup final.

The World Series resumes in Cape Town this weekend.