Kooline from Solomon Islands has won the inaugural OFC Futsal Champions League with a thrilling come-from-behind 7-5 victory over AS PTT Noumea in last night's title decider in Auckland. 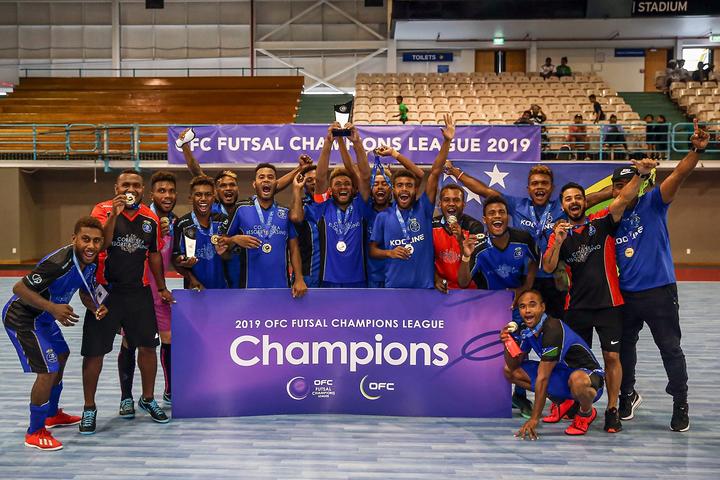 Benjamin Mana and Elis Mana combined for the opening goal as the Solomon Islands title holders began to look comfortable in possession, however a red card to Kurukuru talisman Alvin Hou midway through the first half changed the momentum of the game.

AS PTT made full use of their one-man advantage, as Hary Hmaloko levelled the scores. Kooline edged back in front as triple international Robert Laua drove home Elis Mana's pass before the New Caledonians responded immediately as Christ Pei chipped the goalkeeper to make it 2-2 at the half-time break. 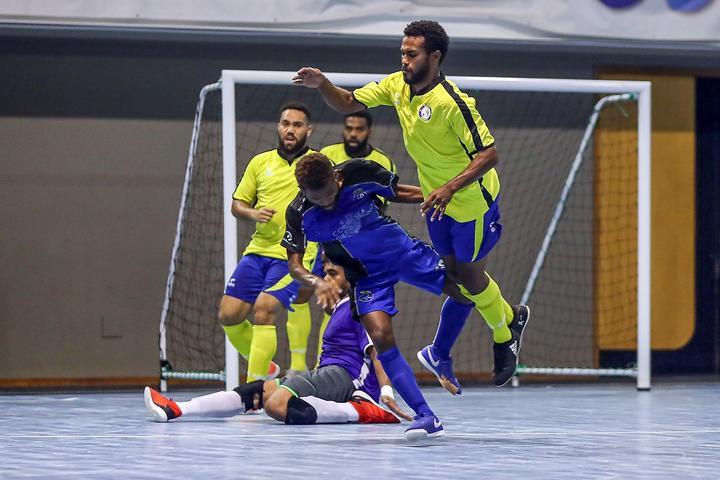 Kooline's Alvin Hou was sent off for a dangerous tackle. Photo: OFC via Phototek

Pei put the Francophones 3-2 up early in the second spell as he latched onto a long ball and rounded the keeper to steer before Hary Hmaloko added his second goal of the match with eight minutes remaining to give AS PTT a two-goal cushion. 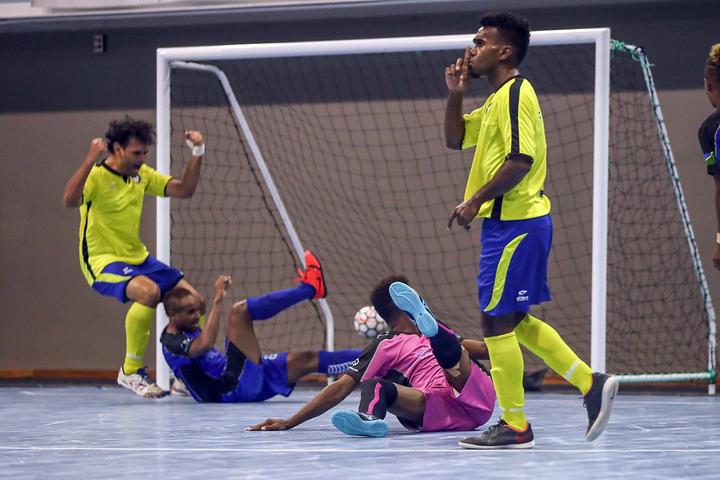 Hary Hmaloko scored twice for AS PTT from Noumea. Photo: OFC via Phototek

With five minutes remainin Benjamin Mana and Elis Mana scored in quick succession to level the match at 5-5 and ensure a grandstand finish.

"It was a very exciting, an excellent game and I feel so proud and very happy," said a delighted Kooline coach Stanley Puairana, who was sent from the bench during a dramatic finale.

"We made history and it's been a great year for Solomon Islands futsal with Kooline winning here and the Kurukuru qualifying for the World Cup." 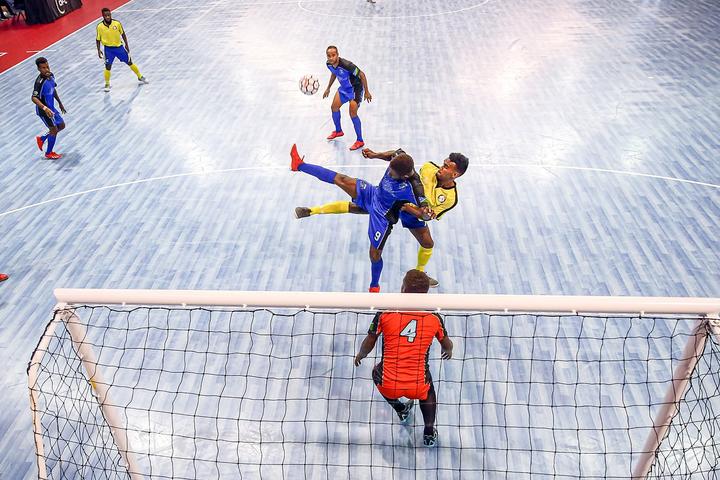 "I'm very proud of my players, they never gave up," he pointed out. "Even when our key payer Alvin Hou was sent off they kept fighting and delivering, I trusted them and believed in when they were two goals behind and time running out, I'm very proud of the boys."

Meanwhile the Auckland Football Federation came away with the bronze medal after outclassing Tahiti's As Pirea 7-0 in the third place play-off, while Fiji's Suva Futsal finished fifth after edging D'York Street from Vanuatu in a penalty shootout. 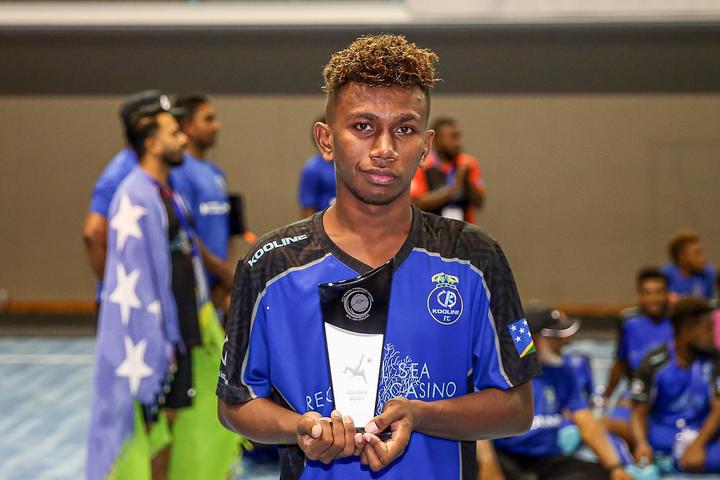