The community governments of Buin District in Papua New Guinea's Autonomous region of Bougainville have formally petitioned the government not to extend the term of the current administration.

Bougainville has just finished its independence referendum and, once the result is known, negotiations are to be set up with the PNG government.

There are some concerns within Bougainville these negotiations could be compromised if the region's elections go ahead, as planned, in the first half of next year. 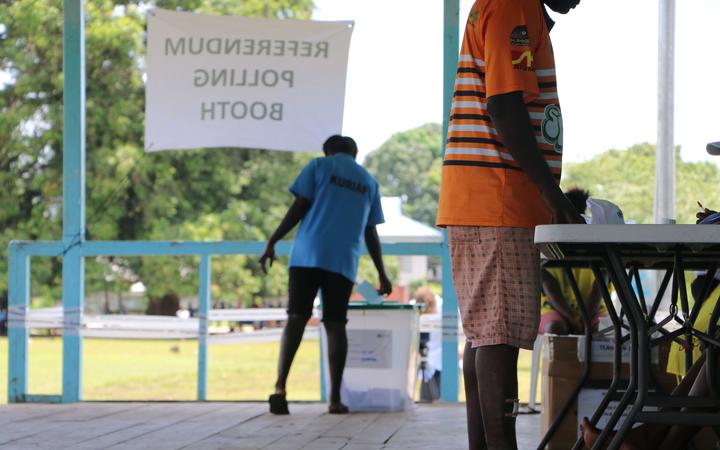 But the petitioners are strongly opposed to any extension of the John Momis administration.

They point to failed development initiatives and what they call 'shady deals' by the Momis government.

The petition also raised concerns about the government's intention to amend the untested Bougainville Mining Act to make way for the controversial Caballus Mining plan to re-start mininng at Panguna.

They also say community governments are underfunded and regional public servants are neglected while the Bougainville MPs are looked after lavishly.